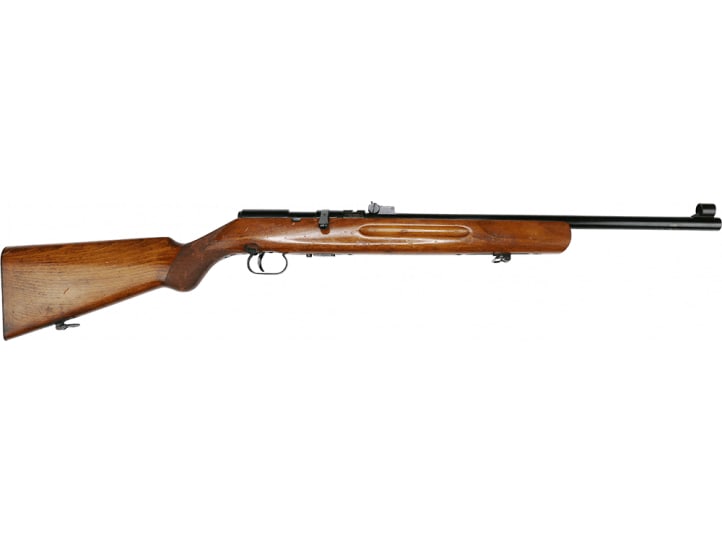 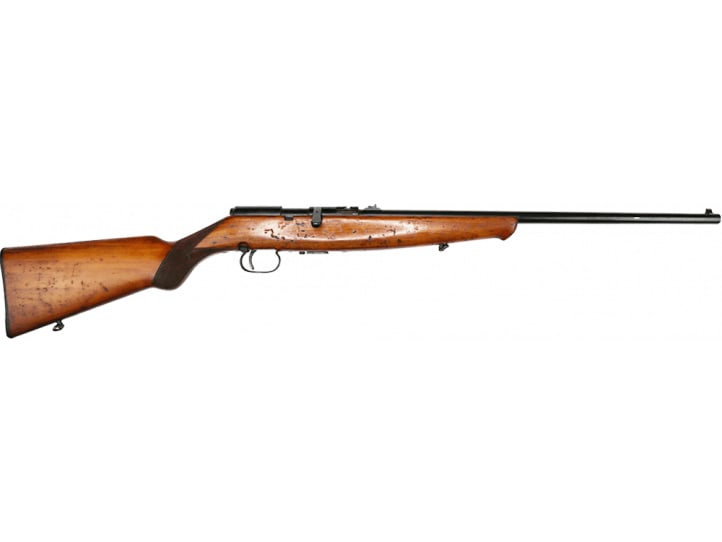 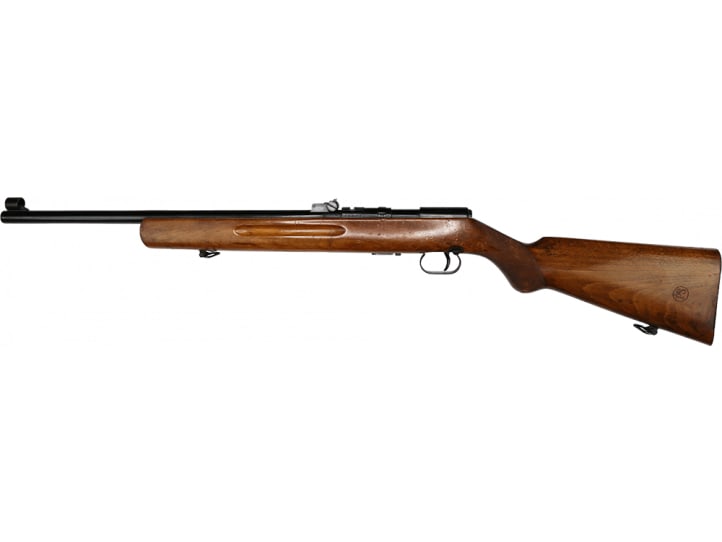 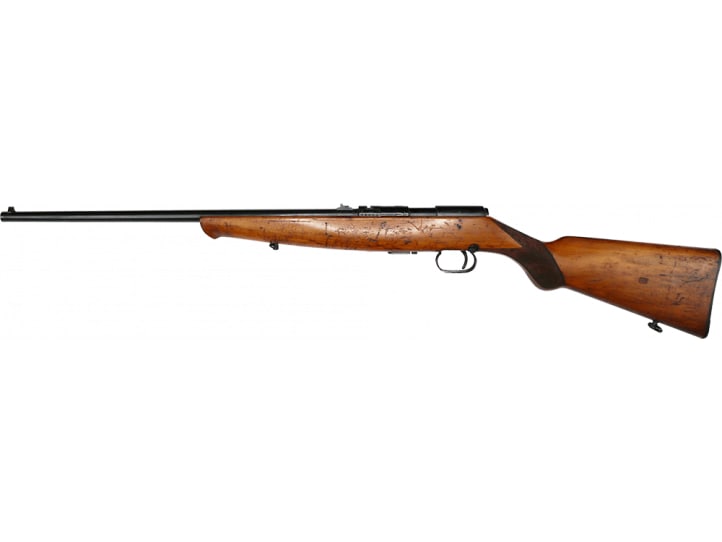 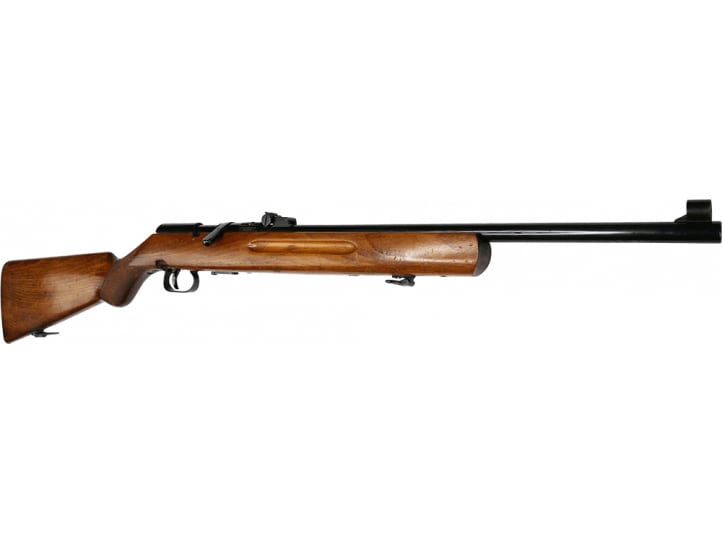 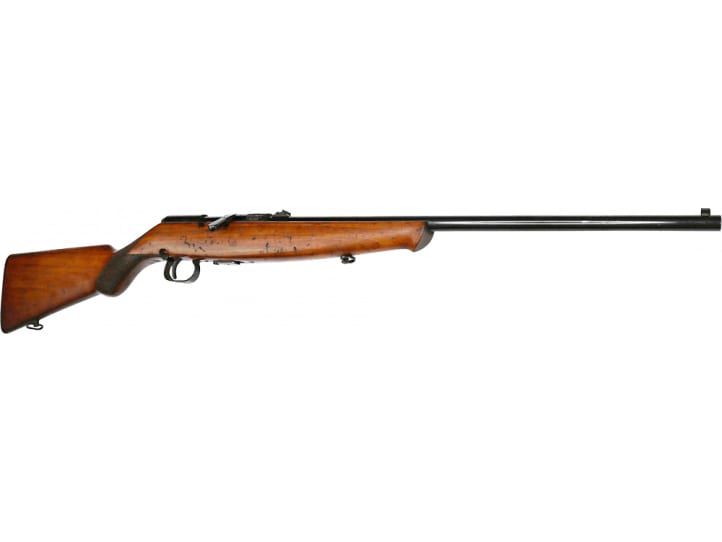 Beautiful Training Rifles For The Italian Army
12:02 | 1 year ago

Beautiful Training Rifles For The Italian Army
12:02 | 1 year ago

The Beretta Olimpia (U.S. Variation Olympia) training rifle is one of the most unique, robust, and highly collectible .22LR rifles around. We call it a semi-auto because it is, but you can also select the single-shot mode. Surplus Good to Very Good condition with all being solid and functional and some of the upper-end ones being really lovely. Hand Select will get you the best of 10. You will find these in literature variously referred to as the Olimpia rifle, which is the original Italian spelling, or the Olympia rifle, which is the U.S. spelling. Both typically refer to the same rifle.

See the extended description below and for full details.

Chances are, you have never seen anything like this! The Beretta Olimpia was produced in the 1950s for roughly a decade and was primarily designed for training and target shooting. These rifles are remarkably similar to the German Walthers designed before the Second World War, and both were revolutionary for their time. With that being said, these were quickly adopted for military training by various parts of the armed forces, for example, the Carabinieri in Italy. The Olimpia rifle offered a similar platform to the battle rifles of the time, such as the Carcano 91/38. The unique design of the rifle allowed them to use removable magazines of various capacities, and they were able to operate either in single-shot or semi-automatic mode. This operating system allowed the soldiers to perform rapid-fire exercises utilizing different scenario's.

The bolt itself is large with a semi-circular frontal section and is operated similar to a straight-pull bolt, but with a slight lifting motion on the handle. If released, the bolt under spring tension will come forward, loading the round into the chamber. The recoil spring pushes against the breach, ensuring complete closure. The bolt handle must stay in the up position to operate in semi-automatic mode. Once fired, the gas will blow the action back while the recoil spring absorbs the pressure and throws the bolt forward, picking up the next round, similar to any standard blowback operation. However, by changing the locking system and rotating the bolt handle down, this will switch the operation from semi-automatic mode to single-shot mode. When fired in the single-shot mode, the bolt handle must be lifted up and pulled to the rear to load the next round. The bolt handle must be pressed back down to stay in single-shot mode. The single-shot or bolt action mode makes better use of the expelled gas to improve its ballistic performance. It should be remembered that even though the Walther-type bolt works as a so-called "straight-pull," its use replicates those rifles with swivel-sliding bolt, which benefits those training to use the classic "bolt -action" rifles. The change in firing mode results in a shift in the point of impact of the bullets. Are you confused yet? Don't worry. We explain this very thoroughly in the video.

The solid Beech stock on this model is exceptionally rugged and beds the action and barrel tightly. A Monte Carlo cheekpiece is standard, as well as beautiful, checkering on the pistol grip. The rifle features a matte blued finish, which is appropriate for the time. This model comes with adjustable iron sights. Scope mounts are standard on these but are extremely hard to find, and most elect to use the iron sights provided. A user-adjustable trigger also comes standard on this model, and the screw is located inside the trigger guard. Other features include a push-button safety selector and a removable magazine. Sling swivels are located on the front and rear of the rifle, and the front location on the heavy barrel model is user-adjustable for customizing the position as well. These are incredibly accurate regardless of barrel profile and should produce MOA groups or better with premium ammo in single-shot mode. Note that the heavier barrel models will naturally produce better groups, and less accurate groups will be produced when operated in semi-auto mode.

With these being surplus used, you can expect to see some dings or bluing wear, but all will meet NRA Surplus Good condition with some of the better ones exceeding NRA Very Good. We are offering the hand-select option, which will get you the best of 10 for cosmetic condition. These are truly iconic and will make an excellent addition to any collection!