Protect your purchase for life! With our supplemental limited lifetime warranty, Classic Firearms will extend the manufacturer’s warranty to cover costs associated with the repair or replacement of defective parts of your item after the expiration of the manufacturer warranty for as long as you own the item (subject to terms and conditions). Click Here for details
CZ-50 .32 ACP Pistol, Semi-Auto, 8 Round Mag, Surplus - Made in Czechoslovakia. C & R Eligible
MPN: CZ50P 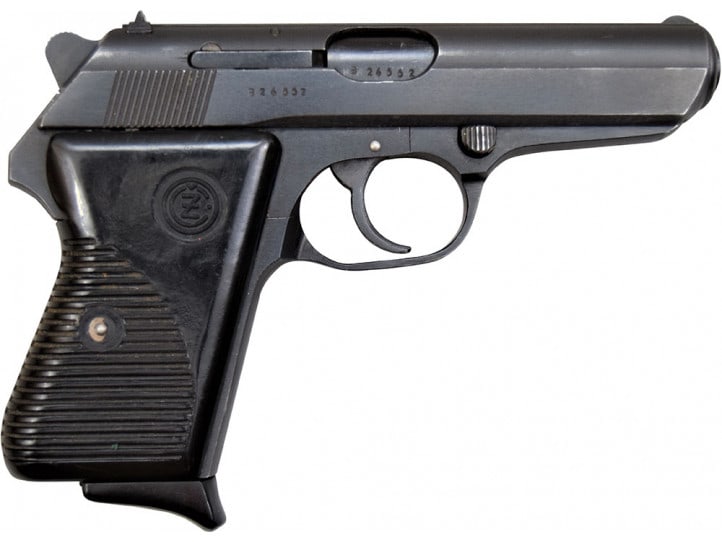 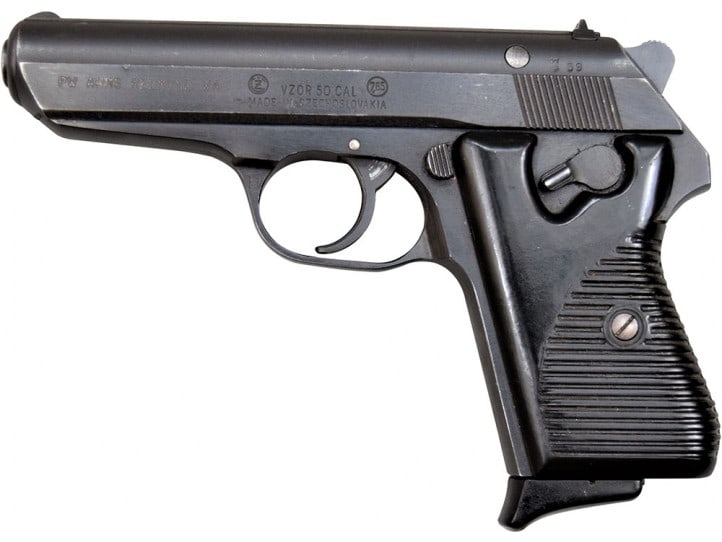 Amazing Deals On Our Most Popular Surplus Pistols
03:26 | 3 years ago

Amazing Deals On Our Most Popular Surplus Pistols
03:26 | 3 years ago

The Vz.50 (commercially sold as Cz-50) is an all steel semi-automatic pistol made in Czechoslovakia. It is chambered in the plentiful 7.65mm ( .32 A.C.P. ) caliber. It has a simple blowback action with a fixed barrel. The trigger is traditional double-action, with an exposed hammer and a frame-mounted decocking safety lever. The sights are fixed and the magazine is single stacked with a capacity of 8 rounds. The magazine release button is located relatively high on the left side of the frame, behind the trigger.

These have a variety of finishes ranging from chrome, nickel, and two tone. Please see the custom options below. The wood grips option has personalized wood grips, each set of grips unique.

The small, pocket-sized Vz.50  Known commercailly as the CZ-50... was developed during late 1940s for police use and was chambered in the marginally 7.65×17 Browning caliber ( known in the U.S. as .32 A.C.P. ) . Highly  influenced by the Walther PP in design, the Vz.50 was similar to the Walther in appearance but had several differences in safety and disassembly. In the early 1970s the basic design went through minor face-lift, and the “new” design received the designation of Vz.70. ( See Here )
The magazine release button is located relatively high on the left side of the frame, behind the trigger.

Many Vz.50 pistols were refurbished to Vz.70 standard, with different finish, grip panels and a slightly different safety lever. To be clear, some of these Vz. 50 pistols may have minor parts such as hammer or grip panels replaced with corresponding Vz. 70 parts. While the majority of these pistols are completely original Vz.50 parts, you may receive one of these refurbished pistols.

Vz.70 (Cz-70) pistols are similar, with minor differences in the finish, shape of the safety lever and grips. Manual safety is a lever at left side of the frame, behind the trigger guard. To set on safe: pull the lever down; if the hammer was cocked, it will be automatically brought down to rest. To disengage safety: push the lever up; a red dot will appear on the frame.

The pistol seen and being purchased through this ad is the CZ-50.

How to field-strip (disassemble) Cz-50 and Cz-70 pistol: From Modernfirearms.net -  1) remove the magazine by pressing the magazine release button; 2) check that the chamber is empty; 3) push the disassembly button, located at the right side of the frame, above the front of the trigger-guard; 4) while holding the disassembly button, retract the slide all the way back, raise the rear part of the slide off the rails, then slowly release it forward and off the barrel; 5) remove the return spring from the barrel
Reassemble in reverse order