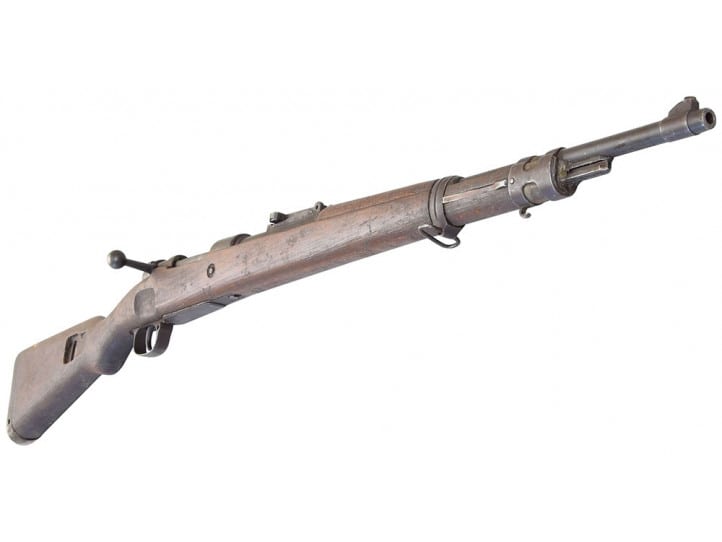 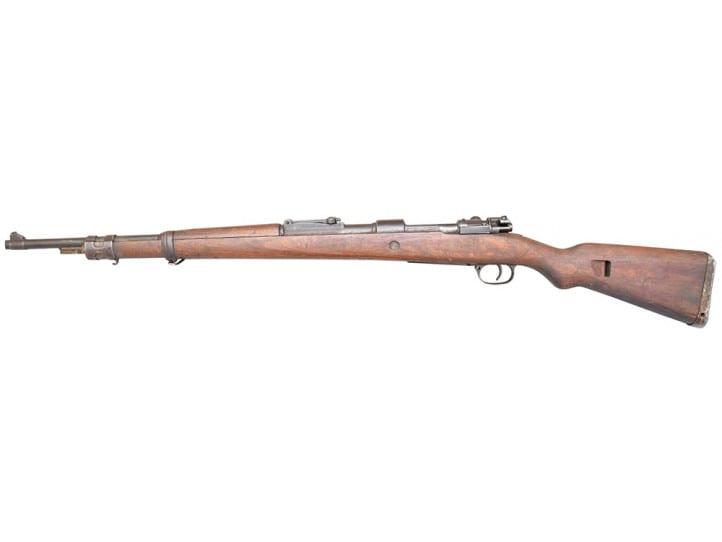 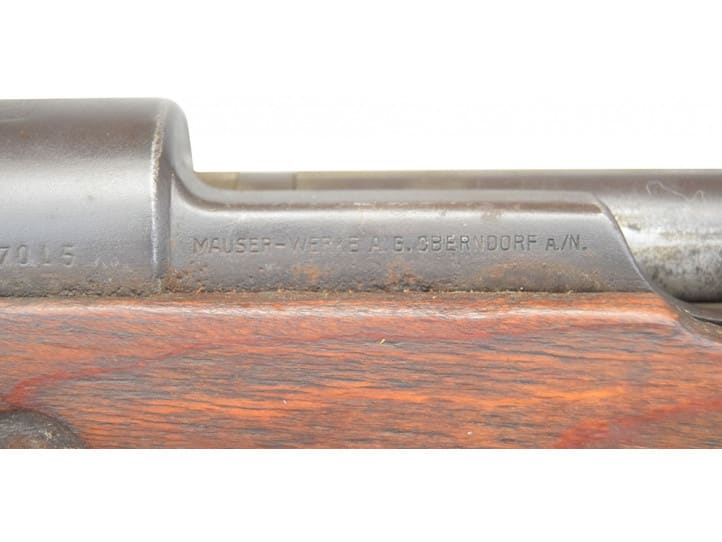 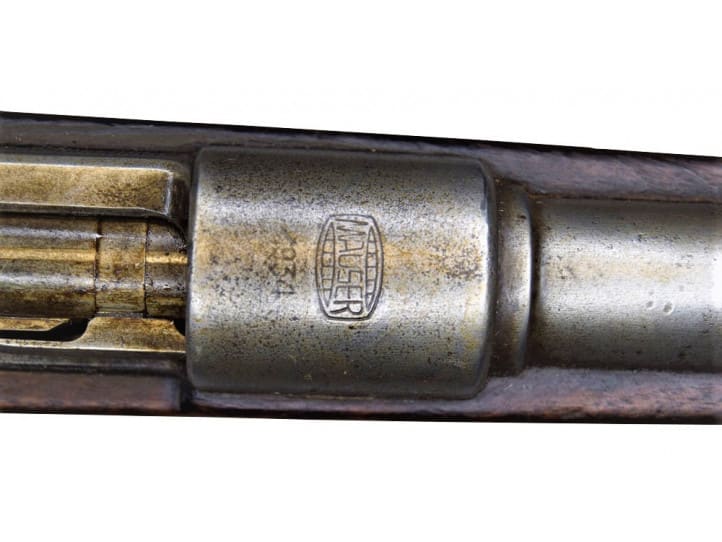 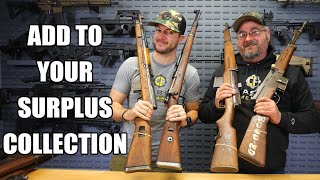 1933 Standard Modell Mauser Rifle, 7.92 ( 8MM Mauser ) Caliber,, Bolt Action, Original Surplus Turn In Condition - C & R Eligible Also known as the " Banner Rifle " because of the big MAUSER banner on the receiver. These Model 1933 Mauser rifles are quite rare and an excellent addition to any collection. See extended description below for full details and condition.

The 1933 Standard Modell rifle, manufactured by Mauser of Germany, is a commercial rifle based on the G98B rifle. It precedes, and is the basis for, the K98 Mauser of WW II that began production in 1938. These are also sometimes called Banner Mausers, as they have a stamp of the Mauser banner on the receiver ring.

These rifles are great pieces for the Mauser collector, being pre-WW II production rifles; and make amazing shooters. They are also great for collectors due to their rarity and also for re-enactors as they are almost identical to the K98 at a fraction of the cost.

Officially designed for export and German security guards, it was used by the paramilitary (SA) and  (SS) branches extensively. Export variants were used in South America, Ethiopia and China. This particular lot of guns came from a surplus lot that had long been stored in Ethiopia.

According to reports, the Ethiopian Empire bought 25,000 Model 1924 and Model 1933 rifles and carbines, and fielded them during the Second Italio-Ethiopian War.
These rifles appear to be arsenal turn in rifles from that conflict.

About the Rifles.  - This particular lot of rifles came to us from a surplus military arms arsenal in Ethiopia where they had been stored for decades. They are in original turn in condition which for military contract Mauser's  means that that they are well used as most surplus Mauser rifles are. That means dents, dings, scrapes, gouges, discoloration and possible small cracks in the stocks. It will also mean bluing wear ranging frm a little to a lot depending on the rifle, and we have even seen some minor surface rust on a few. Overall they are not beauty queens but virtually no original turn in condition is Mauser is. They have simply been carried and will show use and character.

* About the Grading - We purchased these as NRA surplus good and overall we agree with that assessment, however please know that when we say " Overall Good Surplus "  we are basing that on the group as a whole. There are certainly some rifles within the group that will fall on the high side of that grading, and some that will fall on the low side. Within this group you should expect all rifles to have dents, dings, scrapes, gouges, discoloration and possible small cracks in the stocks. You can also expect anywhere from minimal bluing wear to a lot of bluing wear, and we have even seen some surface rust on a few.  We have not seen any rust that would not clean up well.  We do offer a hand select for cosmetics that will offer you one of the nicer looking ones if that is your desire but please know that even a hand select is not going to be gorgeous.... just one of the better ones in the group.

Now for the good news, as we said before these rifles have been stored intact in a military depot for quite some time. As such, they are as close to true military turn in Mauser rifles as I have ever seen. By that I mean that they do not appear to be parted together " Frankenstein " guns. Also know, that while we do not guarantee for matching numbers we have seen some that do match. In addition to that, these are very consistent in color and as a group have a certain uniformity about them that makes them appear to be true military turn in's which I am certain that they are. As a matter of fact, in that manner they are very similar to our Chinese military turn in SKS rifles.

We do not warranty for cosmetic's as we have tried to be as honest as possible in describing these rifles. As such, if the possibility of receiving a rifle that is less than a beauty queen is a deal breaker, then don't order one. However, we do warranty them for function and we think that they are a tremendous value as they are as close to military turn-in's as we have ever seen for long stored Mauser's.

Don't let my overly honest description of the rifles fool you. We always try to allow for the lower end in the bunch when describing our surplus because let's face it, someone is going to get the ugliest one there. Having said that, these rifles have not been as readily available in the U.S. marketplace for several years now and we are proud to be able to offer them at what we think is a fantastic price. Get yours today.

No Mauser collection is complete without the addition of one of these rare Banner rifles. .... Don't Miss This.......C & R Eligible

Important - As noted above these are arsenal turn in rifles and while we have done a dry function test here before shipping, the rifles have not had the bores cleaned nor have they been checked by a gunsmith. As with all surplus firearms the rifle should be thoroughly cleaned before firing. Also, please be sure that the bore is clear and unobstructed. Finally, a good rule of thumb with any surplus is to have your local gunsmith do a safety check before attempting to fire.