Protect your purchase for life! With our supplemental limited lifetime warranty, Classic Firearms will extend the manufacturer’s warranty to cover costs associated with the repair or replacement of defective parts of your item after the expiration of the manufacturer warranty for as long as you own the item (subject to terms and conditions). Click Here for details
Italian M91 Carcano Cavalry Carbine - 17.5" Barrel 6.5 Carcano 6 Round Capacity - Italian Carabinieri Rifles - NRA Surplus Good to Very Good Condition - C&R Eligible.
MPN: M91  |  UPC: ITM55975 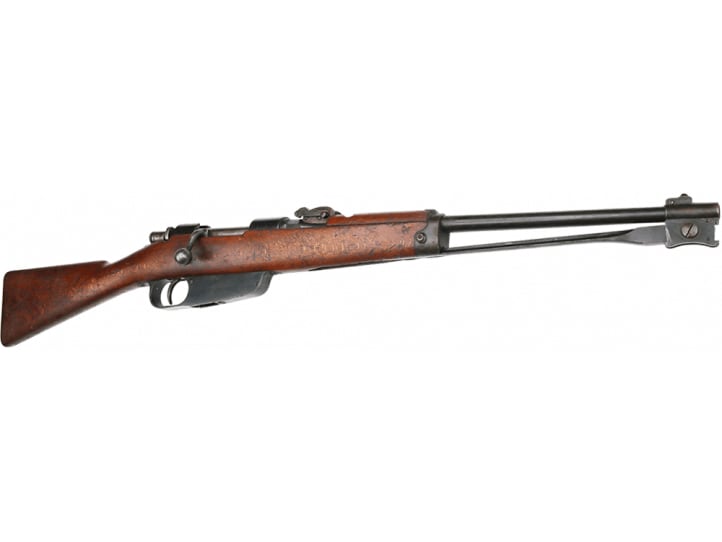 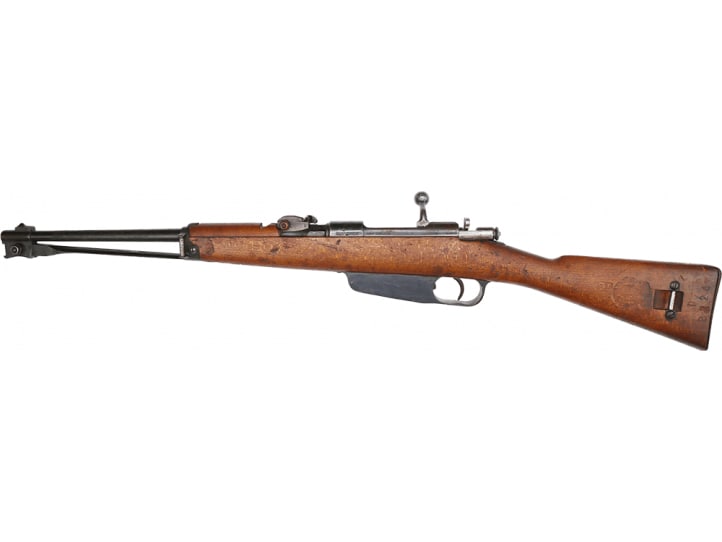 Adopted in 1893, the M91 Carcano Cavalry Carbine was the smaller variant of the standard-issue 1891 infantry rifle. This model was much shorter and lighter than the original, which made it more maneuverable on the battlefield, particularly for light cavalry units. This model also featured the spike bayonet, gave cavalrymen an additional back-up if they were not using their sabers. Like the earlier models, the cavalry rifles are also chambered in 6.5X52mm or "6.5 Carcano" and feed from a 6 round En Bloc clip. Functionally, these were the same as the standard-issue infantry rifles but more compact. The bolt-action on this rifle is incredibly smooth and they feature a traditionally turned bolt knob. Unlike many of the  "Heavy Use " Carcano rifles that you may have seen in the past, these rifles were issued to and carried by the Italian Carabinieri and were then stored in government-controlled arsenals in Italy upon turn in.  See additional details below. These rifles are an incredible piece of history and deserve a spot in your Classic Firearms Collection! C & R Eligible

Note - While these do not come with an En Bloc Clip, new, US Made, 6 Round En Bloc Clips can be found HERE!

Please see a more complete description under the Show More Tab below for further details on the condition of these rifles.

What an incredible find and a beautiful piece of world history as well! This M91 Carcano Cavalry Carbine was adopted in 1893 and was generally issued to mounted troops such as cavalry, Bersaglieri (bicycle cavalry), Carabinieri, or to any other unit which needed a smaller variant of the long 1891 infantry rifle with an attached bayonet. This new model of the Carcano was much shorter than it's predecessors with a 17.5" barrel, which made it perfect for mounted travel slung across the back or tight confines of a vehicle. The M91 Calavay Carbine also featured the spike bayonet. This was welcome by the troops, as they did not have to deal with having a long bayonet/scabbard on their belt, and it could also be used as a back-up means of defense during trench warfare. The bayonet was extraordinarily ergonomic, making it not only lightweight but also ideal for cavalry as they could utilize it very effectively at rifle length distances before transitioning to their sabres. This variant also features the new sighting system, which is graduated up to 1500 meters to account for the shorter barrel. Also added to this model was a sling bar on the side of the stock as well as the nose cap of the rifle.

These rifles range from NRA Surplus Good to Very Good condition. With older surplus rifles such as these, please note that it is common for most to have dents, dings, bluing loss, etc. but do not let that deter you, by Carcano standards, these are some of the cleanest rifles we have seen. At the time of production, it is estimated that less than 300,000 of these rifles were produced, making them an incredible find. If you are looking for a cosmetically nicer rifle, we do offer the "Hand Select" option, which will get you the best of 10 for cosmetic condition.

Note - This is an extraordinary lot of rifles in that they were issued to the Italian Carabinieri, which is a national police unit in Italy that functions under the umbrella of the Ministry Of Defense. As such, these rifles have not seen foreign combat, and they were stored in Italy in government-controlled arsenals upon being turned in. That means that they have far less use and are in far better condition than most Carcano rifles that find their way to the U.S. marketplace. Don't confuse these with others.... this is an excellent group of guns.

Surplus rifles such as these are incredibly hard to find, so do not miss this opportunity to add a beautiful piece of the world's history to your Classic Firearms surplus collection!