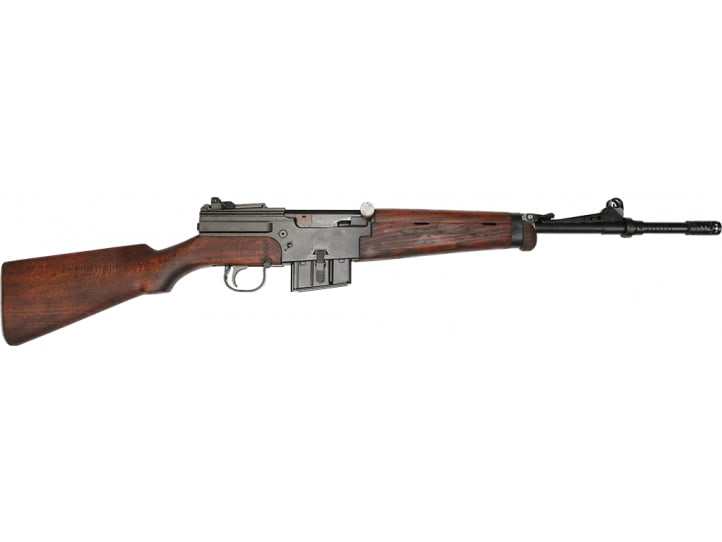 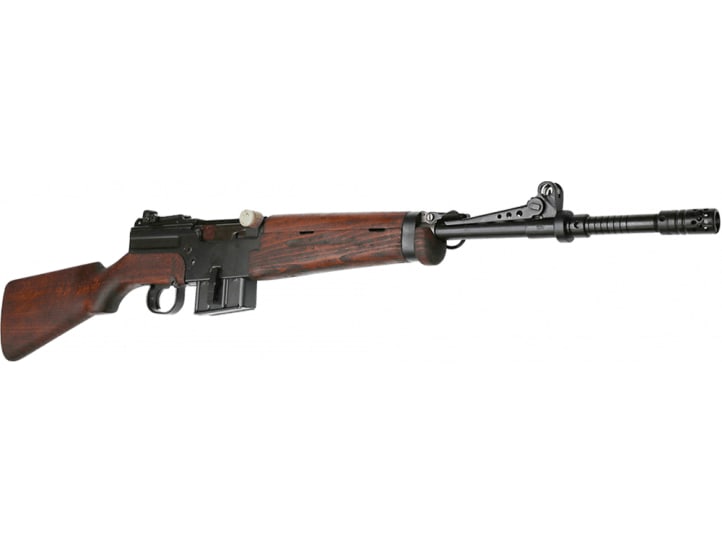 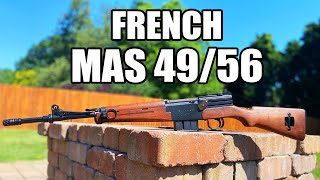 The Mas 49/56 rifle is an improved version of the original Mas 49 French rifle. The MAS-49/56 was introduced in 1957 and incorporated lessons learned from service in Algeria, Indochina, and the Suez Crisis. The rifle was shortened and lightened to improve mobility for mechanized and airborne troops. The MAS-49 built-in rifle grenade launcher was replaced by a combination compensator/rifle grenade launcher that fired NATO-standard 22mm rifle grenades. The rifle also incorporates an integral grenade launching sight that is attached to the front sight block and a gas cutoff that prevents gas from entering the gas tube from the gas port when firing grenade launching blank ammunition. Chambered in the 7.5MM French ( 7.5 X 54 ) round. This is a very unique and collectible rifle. These have not been available for years. Don't miss this chance to add one to your collection. C & R Eligible See Extended Description for details on condition.

The rifles sold under this SKU have been professionally refurbished to our specifications by James River Armory. They are an industry leader in the restoration of historic military firearms. Please see the full details in extended description below. These rifles are C & R Eligible.

An improved version of the original Mas 49 called the MAS-49/56 was introduced in 1957 and incorporated lessons learned from service in Algeria, Indochina, and the Suez Crisis. The rifle was shortened and lightened to improve mobility for mechanized and airborne troops. The MAS-49 built-in rifle grenade launcher was replaced by a combination compensator / grenade  launcher that fired NATO-standard 22mm rifle grenades.The rifle also incorporates an integral grenade launching sight that is attached to the front sight block and a gas cutoff that prevents gas from entering the gas tube from the gas port when firing grenade launching blank ammunition.

These fine rifles saw service for years in theaters of combat all over the world and were affectionately known as the pride of the French Foreign Legion. Attempts were made to replace the MAS-49/56, but none were successful until 1978 when it was ultimately replaced with the modern 5.56 Nato caliber FAMAS Bullpup rifle which is still in use today. The MAS-49/56 was finally completely withdrawn from official service in 1990 but it is still prized by guerrilla forces in many third world countries to this day due to its rugged durability. The total production of rifles was 275,240 rifles issued between 1957 and 1978.

What do we mean by Refurbished - Here's the deal. We have had several requests from a number of customers and collectors who were looking for a really nice looking Mas 49/56 rifle. The problem there is, finding a really nice looking MAS 49/56 rifle is like finding a four-leaf clover. It can be done, but you have to spend a lot of time digging around in the weeds to find it, and it could take forever. These rifles originally saw carry and combat in some of the harshest environments in the world and while they still function great, you will seldom see a really nice one from a cosmetic standpoint. Fortunately for us, we have a great relationship with James River Armory and they are one of the foremost authorities on refurbishing military surplus firearms in the country. They did a wonderful and very well received re-furbish project on some Enfield rifles for us and when we went back to the well on the MS 49/56's they were up for the challenge.

They provided us criteria by which to provide them guns from our stock. We selected the rifles and sent them out to them, and they did their magic. The result is a really good looking MAS 49/56 that still retains its rugged military appearance and unique aura as a military rifle.

All metal surfaces were professionally cleaned, completely stripped, and re-blued, and all of the wood furniture had a light refinishing. They were then professionally reassembled ensuring proper tolerances and given a final test fire. The result is a fully refurbished rifle that retains its charm and collectibility as a piece of military history.

Note - We do offer a Hand Select option on these rifles whereby for a $30.00 upcharge we will select you the best of 10. Now you may say how can you hand-select if they are all refurbished. Well, you have to remember that these are still surplus rifles and while they all look good, depending on the grade or color of the wood stocks some will look better than others. If you want the best of the best, I would suggest the hand-select.

No collection is complete without the addition of a MAS 49/56 ... Don't Miss This Unique Opportunity On A Fantastic Rifle. .......C & R Eligible