Protect your purchase for life! With our supplemental limited lifetime warranty, Classic Firearms will extend the manufacturer’s warranty to cover costs associated with the repair or replacement of defective parts of your item after the expiration of the manufacturer warranty for as long as you own the item (subject to terms and conditions). Click Here for details
Smith & Wesson Model 10-6 Police Turn-In Revolvers 38 Spl 4" Blued Heavy Barrel - 6 Round. Surplus Fair
MPN: HG4151 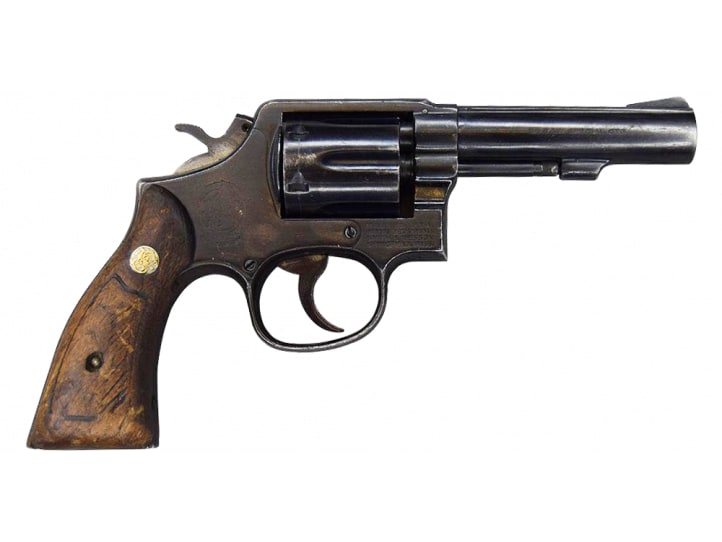 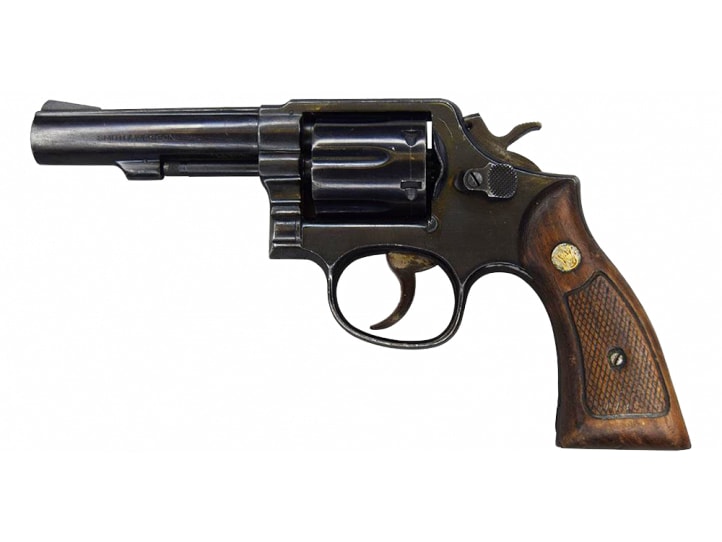 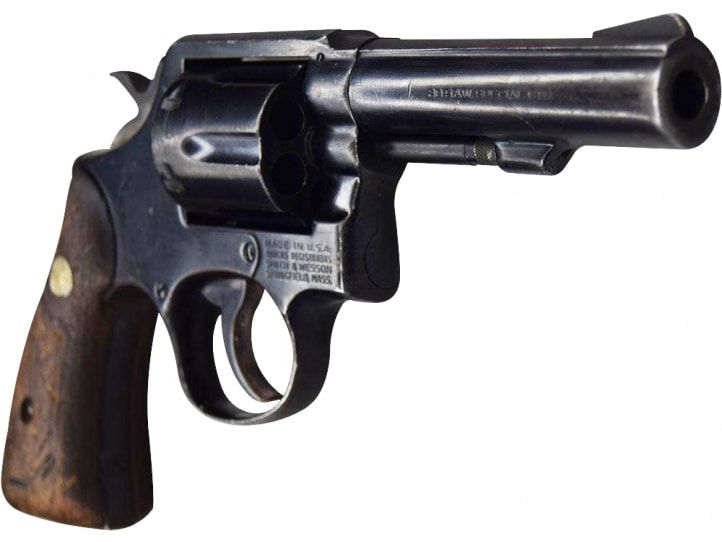 Smith & Wesson Model 10-6 police turn in revolver, 38 Special, 4" heavy barrel. This batch of revolvers is in NRA Surplus Fair condition. If you choose hand select, the pistol you'll receive will be closer to Good Surplus condition. These particular pistols were purchased from a foreign police department and include a mixture of Model 10-6 and Model 10-8 revolvers. There is virtually no visual difference between the Model 10-6 and Model 10-8. If you want to purchase the Model 10-8 revolver please click here. The Model 10-6, available for sale this page, is a slightly earlier version of the 10-8. All of these Model 10-6 pistols have wood grips and show a varying degree of carrying wear. You will also see holster wear and varying degrees of fading on the original bluing; however, all have been graded out as NRA Surplus Fair cosmetic condition. Mechanically, all are in excellent functional condition but there is a fair amount of holster and carry wear. See extended description For Complete Details.

Smith & Wesson Model 10-6 Police Turn-In Revolvers, 38 Spl, 4" Blued Heavy Barrel - 6 Round - in NRA Surplus Fair condition. This batch of revolvers caused quite a stir here at Classic and for good reason. You will not see many batches of Model 10s becoming available in the open market anymore. We were fortunate to be able to acquire this batch.

Known as the M&P Model 10, this batch of timeless revolvers was reimported after serving overseas. All the revolvers in this batch are all Model 10-6s. or Model 10-8s. This page sells the Model 10-6. The Model 10-8 is available for sale here. The difference between the two models is so minuscule you can make no visual distinction between them. The primary difference is the Model 10-6's gas ring location is still on the crane, which is the swinging arm that holds the cylinder. In the Model 10-8, S&W moved the gas ring to the cylinder itself. We cannot detect any practical or functional differences between the two models and they look virtually the same. Conditions of each gun will vary slightly in terms of carrying wear, but they are all NRA Fair Surplus cosmetic condition. Choosing the hand select option offers a pistol closer to Good Surplus condition.
This is a great price so do not hesitate! These revolvers are sure to go quickly!

The S&W .38 Hand Ejector, fixed sight service revolver has in one form or another been a best seller in the S&W revolver line since 1899.
The Military and Police tag was added immediately after the gun's introduction as a result of an 1899 order from the U.S. military for thousands of Smith & Wesson's new revolvers in the then U.S. service standard .38 Long Colt caliber.
S&W introduced the Model 10 designation in 1957/1958, after which the revolver became known as the ".38 Military & Police Model 10," the designation used by the gun industry and practically everyone else until 2010. Whatever it is called, this .38 Special, fixed sight revolver is the most popular in history, with over 6,000,000 sold and production continuing today.