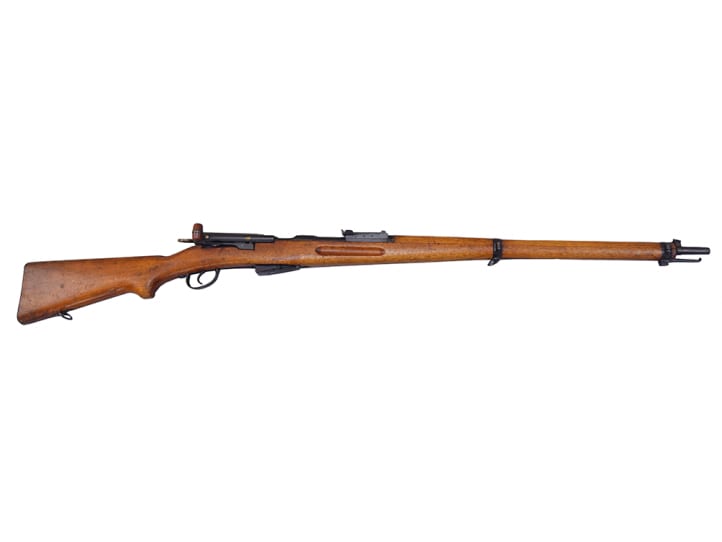 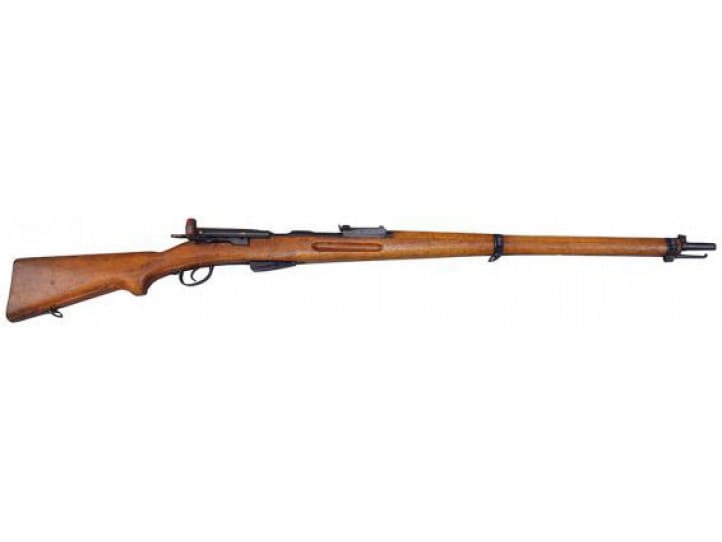 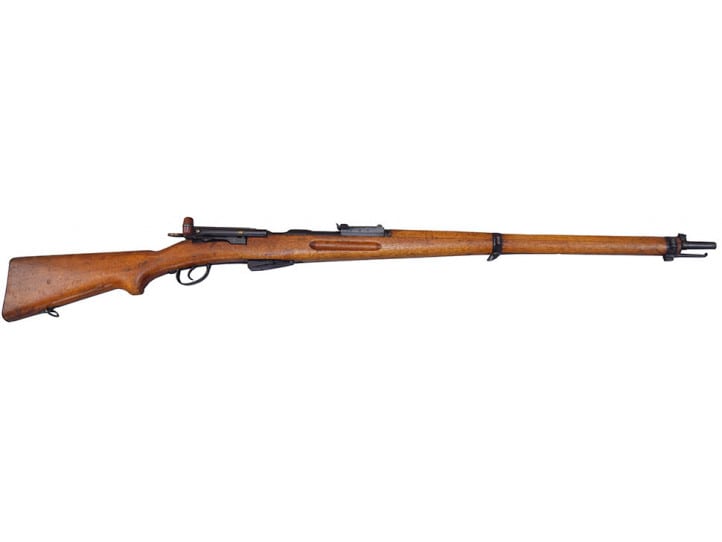 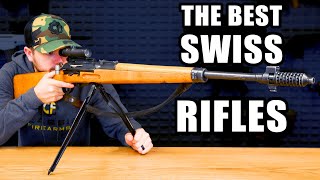 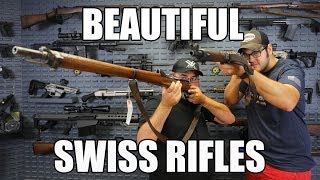 Rifle, Historic Swiss 1911 Long straight pull rifle, bolt action, 7.5x55 caliber, all are a solid NRA Good Surplus condition with many ranging closer to Very Good.  Expect standard dents dings, scratches and storage marks as are common to Swiss rifles but overall this is one of the nicer batches we have seen. This is the long variation of the K1911 rifle with the 30.75" barrel.

Please see Custom Options below for rifles of a lesser grade or quality at reduced pricing.

An improvement over the original, 1889, version of the Schmidt-Rubin rifle, the Swiss M1911 Long placed the locking lugs in the middle of the bolt, rather than at the rear, strengthening the action and allowing a more powerful cartridge, the Gewehrpatrone 11 or GP 11 to be used. It is distinguished from the 96/11 rifle by a curved butt plate and by a stock with an integral semi-pistol grip. It uses a graduated tangent sight which begins at 300 meters. The 1911 and 96/11 rifles are characterized by exceptional accuracy and were made with excellent craftsmanship. The fact that Switzerland remained neutral through both world wars ensured that they are in far better condition, on average, than the rifles of other European nations from that vintage. 7.5x55 caliber, Straight Pull.This is the long variation of the K1911 rifle with the 30.75" barrel and should not be confused with the carbine version which was a later generation rifle. This is one of the most accurate rifles ever made.

Important Please Read - When it comes to Swiss rifles the grading standard can be a little skewed. The Swiss are renowned for their quality workmanship and attention to detail, and the Swiss soldiers typically took very good care to keep their rifles functional and serviceable. However, they used their rifles and carried them in training in very harsh weather conditions. As such it is very typical for the external surfaces of Swiss surplus rifles to be well used and you can expect these rifles to have a lot of dents and dings or minor cracks in the stock. You can also expect for there to be a certain amount of bluing wear that would possibly  be considered excessive on any other surplus rifle. ....

Now we have seen a lot of Swiss rifles and by Swiss rifle standards, these come in as pretty nice.  Still, if you are expecting your rifle to sparkle like a new penny when you open the box then save yourself the disappointment and don't order one of these.