Protect your purchase for life! With our supplemental limited lifetime warranty, Classic Firearms will extend the manufacturer’s warranty to cover costs associated with the repair or replacement of defective parts of your item after the expiration of the manufacturer warranty for as long as you own the item (subject to terms and conditions). Click Here for details
Swiss K1911 Carbine Straight Pull Rifle 7.5x55 - Good to Very Good Surplus Condition - C & R Eligible
MPN: Swiss K11 Rifle RI2237X  |  UPC: ITM10024 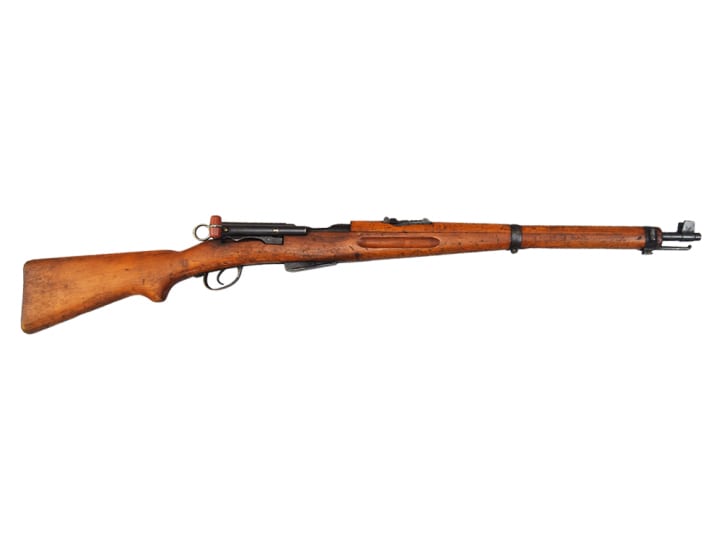 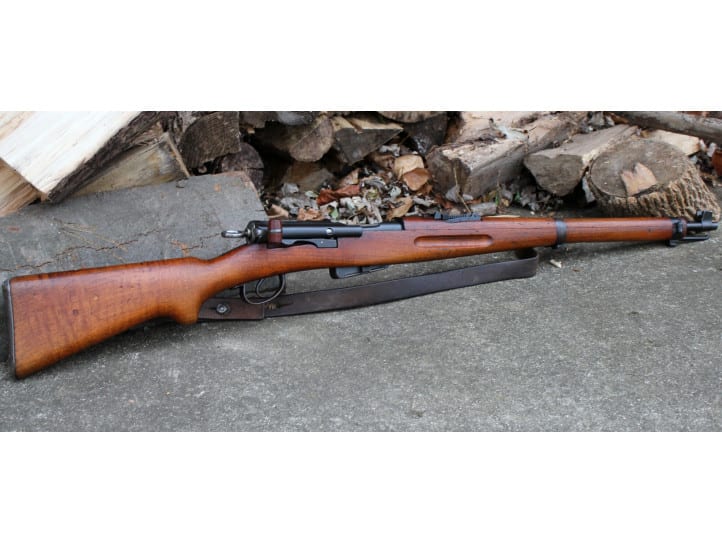 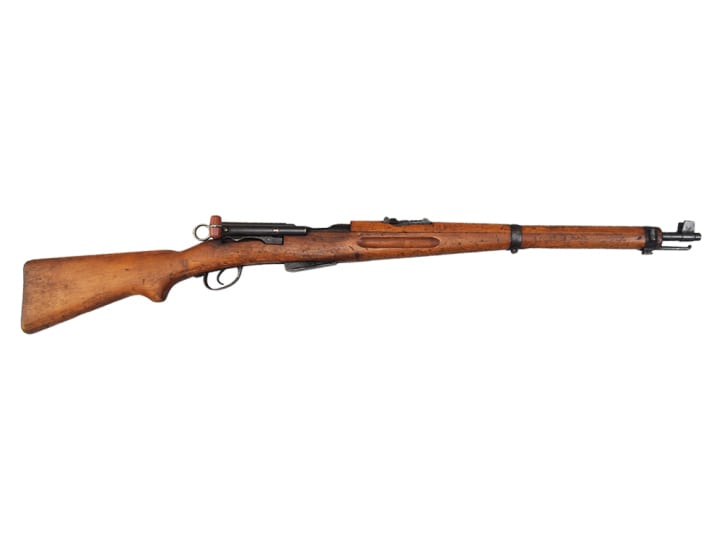 Surplus but Very Good Condition overall. These are quite nice by Swiss surplus rifle standards. One of the most accurate battle rifles ever produced.

The Swiss at some point realized that its support troops, cavalry, and certain other units required a shorter rifle then what was currently available and so designed the Model 1911 Carbine. The Swiss 1911 Carbine being smaller, lighter and still lethally accurate, became a favorite of the Swiss Army and its popularity contributed to the design of its successor, the K31. They are also the last variation with the flatter mag plate which bench shooters tend to prefer, as well as the grooved Schmidt Rubin design bolt, and bakelite charging handle. 7.5x55 caliber, Straight Pull.

Important Please Read - When it comes to Swiss rifles, the grading standard can be a little skewed. The Swiss are renowned for their quality workmanship and attention to detail, and the Swiss soldiers typically took very good care to keep their rifles functional and serviceable. However, they used their rifles and carried them in training in very harsh weather conditions. As such it is very typical for the external surfaces of Swiss surplus rifles to be well used and you can expect these rifles to have a lot of dents and dings or minor cracks in the stock. You can also expect for there to be a certain amount of bluing wear that would possibly be considered excessive on other surplus rifles.

As such, when determining the condition of Swiss rifles, the industry tends to grade them against not what you might consider good, very good, or excellent when compared to other surplus rifles, but rather against the average condition of other Swiss rifle shipments that we have seen in the past.

Now we have seen a lot of Swiss rifles and by Swiss rifle standards, these are really nice and actually as good as any we have ever seen. Still, if you are expecting your rifle to sparkle like a new penny when you open the box then you may want to consider a different surplus rifle.