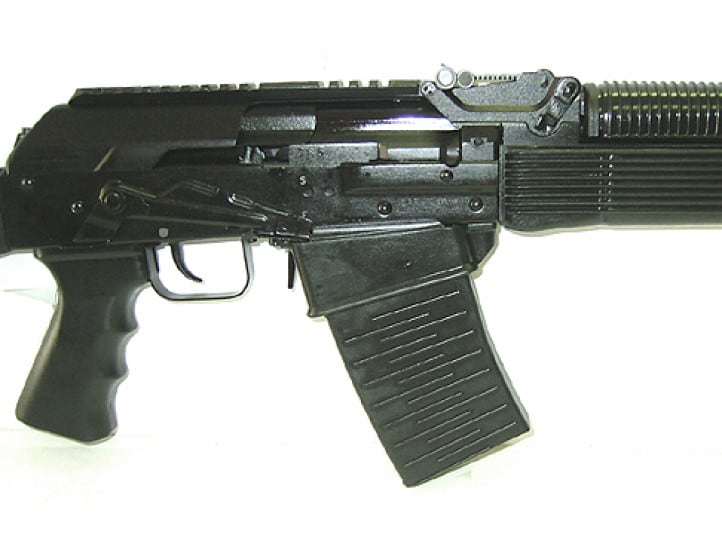 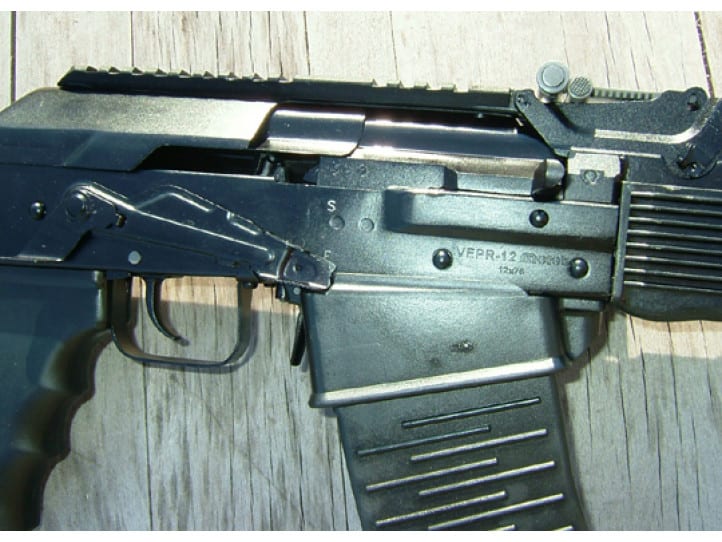 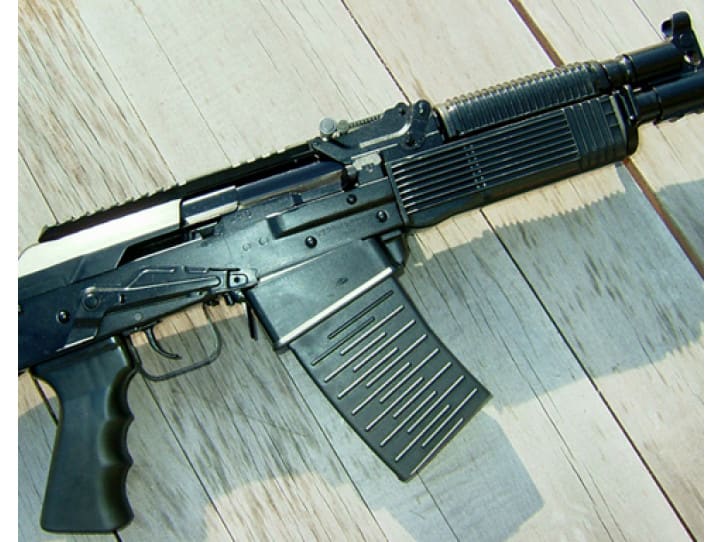 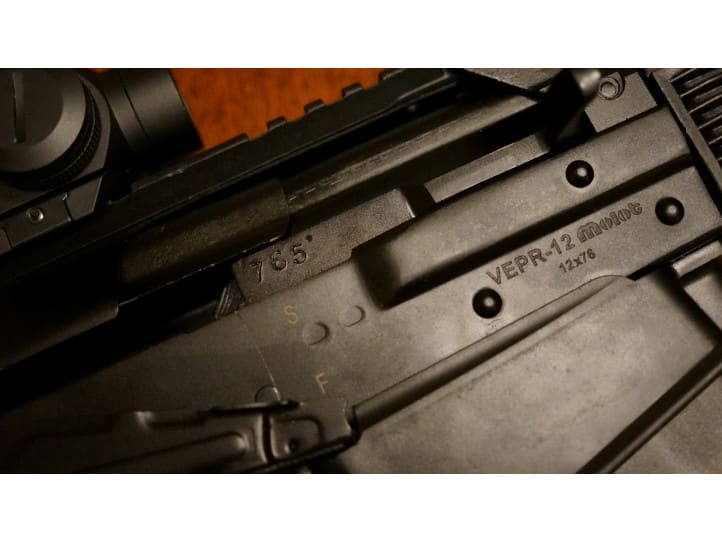 Manufactured in the Molot factory the Russian Vepr is the Mercedes-Benz of Russian Semi-Auto Shotguns. Includes one original Molot 5 round mag.Unlike our previous VEPR-12's this latest version has a Factory Fixed Position Butt Stock, with no welded hinge mechanism. See image 4 to the left for the exact difference.

Previously VEPR's were imported with an original side folding stock that had been pinned into the open position and then welded in place so the folding mechanism could no longer function. This was always a bone of contention when it came to importing with the welds having to pass U.S. Customs import requirements prohibiting folding stocks.... etc.

As such, the Molot factory finally bit the bullet and simply manufactured a straight tubular stock for use on these weapons and this group of guns features that stock.  It is a solid one piece unit that goes directly into the rear trunion with no welded open folding mechanism to be concerned with.

It also allows them to be offered at a better price point than in the past, making this a win / win for the importer, distributor, and consumer.

Truth is the old stock wouldn't fold anyway, and these are light and strong. I may even like this incarnation better.

At this price point there is no reason not to own one of these fine weapons. They are rugged, reliable and tough as nails. The Vepr 12 gauge shotgun is known around the world as one of the finest IPSC and 3 Gun shotguns available.

In fact, everything about the Vepr is heavy duty. Take a look at these features.

* Note - barrels are threaded and have a thread protector threaded onto them from the factory. The thread pattern is the same as the Saiga Shotguns and any of the numerous different Muzzle Breaks on the market for the Saigas will fit the Vepr.

To see this weapon is to fall in love and to shoot it seals the deal.

Unlike the Saiga , The Vepr has a highly advanced self regulating gas system that automatically adjust to the recoil of the weapon allowing this weapon to feed virtually all types of shells without incident. In fact, we have tested this weapon with all different types of loads and powder charges and even mixed different loads within the same magazine. In all cases the weapon functioned flawlessly.

Note - Any reviews on this page posted prior to 2/24/2014 will probably refer to the previous incarnation with the welded into the fixed position folding stock.  Any reference to that stock configuration will not apply to these weapons, however, everything else regarding function and appearance should be the same.