Be the first to know about contests, surplus items, and new releases!

The latest contests/releases in your inbox!

A Star Is Born

Land Warfare Resources Corporation (LWRC) recently released its long-awaited SMG-45 and, we have one in our warehouse. The SMG-45 is a select-fire submachine gun for LE/Military clients, but they also provide a braced, semi-automatic pistol version for the civilian market.

Chambered in .45 ACP, the SMG-45 fires from a closed bolt using a proprietary short-recoil delayed blowback operating system. This system reduces felt recoil over a straight blowback operation due to a lighter bolt. Famous submachine guns like the H&K MP5 utilize delayed blowback and are known for smooth, refined operation. The SMG-45's controls are in very much the same position as the AR15, which leads to familiarity and ease of use. Clint got hands-on with the LWRC SMG-45 at the 2019 NRA Convention. Check out the video here! 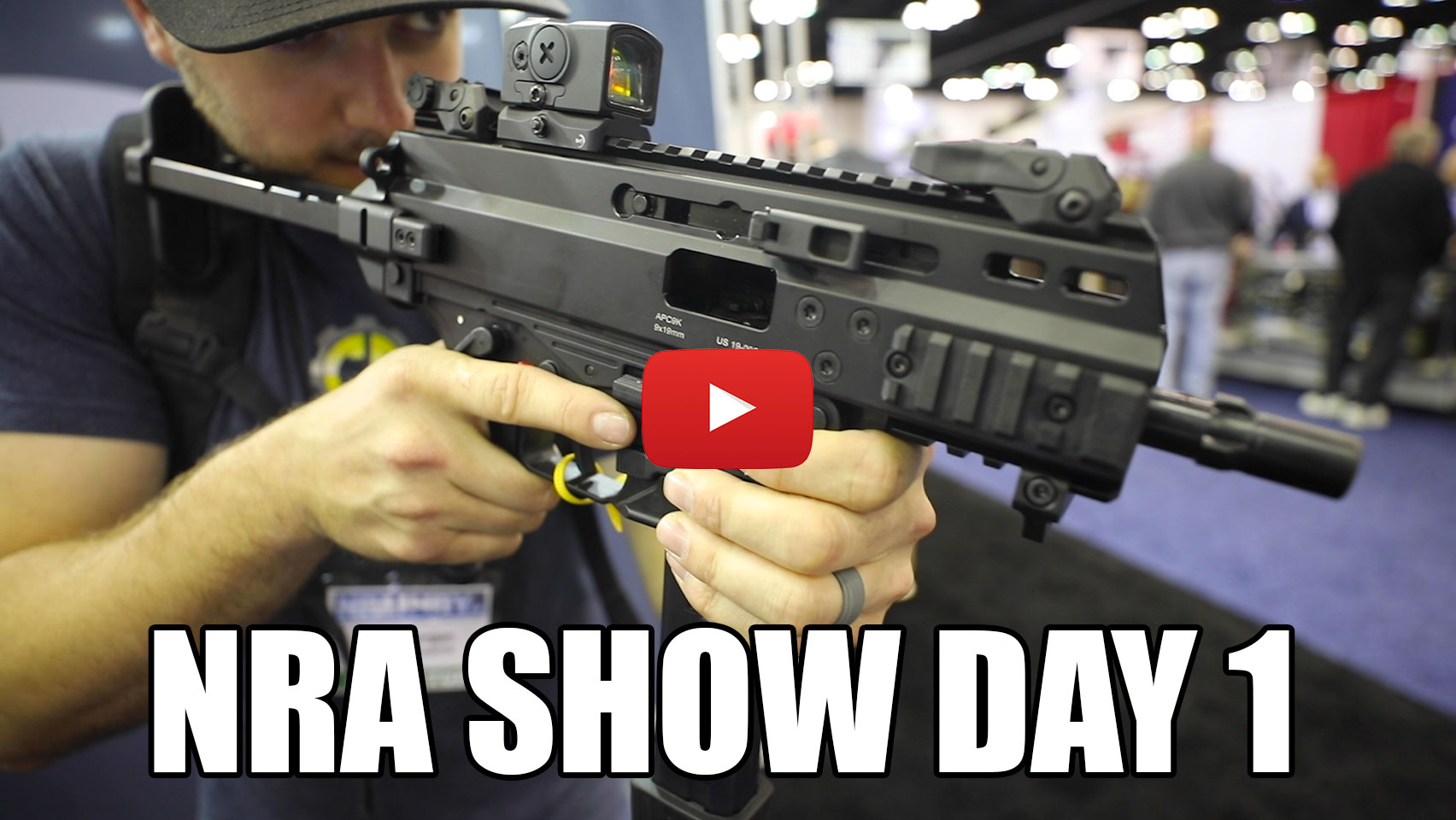 Beast of a Suppressor Host

Suppressors muffle the report of all ammunition; however, with supersonic ammunition the crack is unavoidable. The .45 ACP cartridge, on the other hand, is inherently subsonic. LWRC made a natural choice in chambering their first submachine gun/pistol in the classic .45 ACP cartridge. The SMG-45 is sure to become extremely popular with anyone who appreciates suppressed shooting. To top that off, considering the SMG-45's compact 8.5-inch barrel, this pistol will be handy with even the longest of mounted suppressors.

Everyone loves folding braces, and there is hardly anything more tactical. The SMG-45's SB Tactical brace is both attractive and functional for stabilized pistol shooting. The pistol is ideal for hiking or traveling in general. Feel free to pack the SMG 45 along for any trip needing a compact, yet capable firearm. The SMG-45 is the new super-premium truck gun.

LWRC is well-known for taking "mil-spec" to the next level. Although this is their first jump into the submachine gun/pistol market, LWRC DI and Piston ARs are legendary for quality, reliability, and durability. From high-speed carbines to long-range precision rifles, LWRC is among the first names that come to mind for discerning users whether they be military, law enforcement or civilian.

Are you looking to purchase one? Too bad, we only have one available. There is a good chance we will give this SMG-45 away in a future contest. Head on over to the product page to sign up for back-in-stock alerts.