Protect your purchase for life! With our supplemental limited lifetime warranty, Classic Firearms will extend the manufacturer’s warranty to cover costs associated with the repair or replacement of defective parts of your item after the expiration of the manufacturer warranty for as long as you own the item (subject to terms and conditions). Click Here for details
Swiss P49 Pistol, Model P210-2, Original, 9mm Caliber, C & R Eligible - VG / EX Surplus Condition
MPN: P49/P210  |  UPC: ITM23101 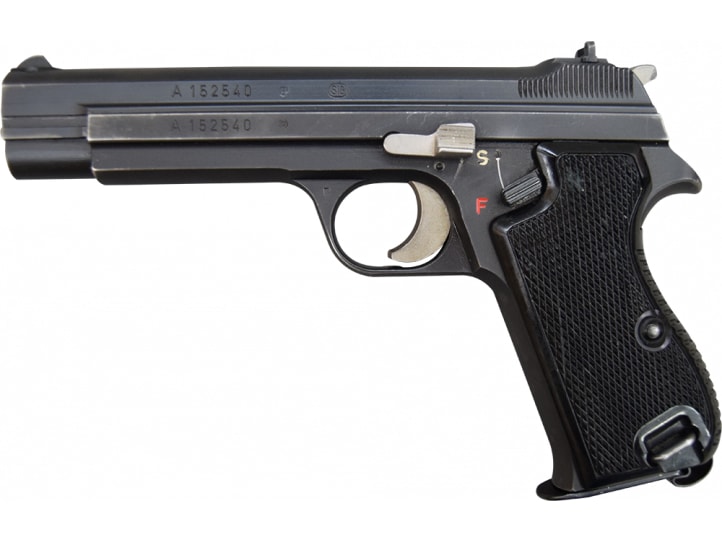 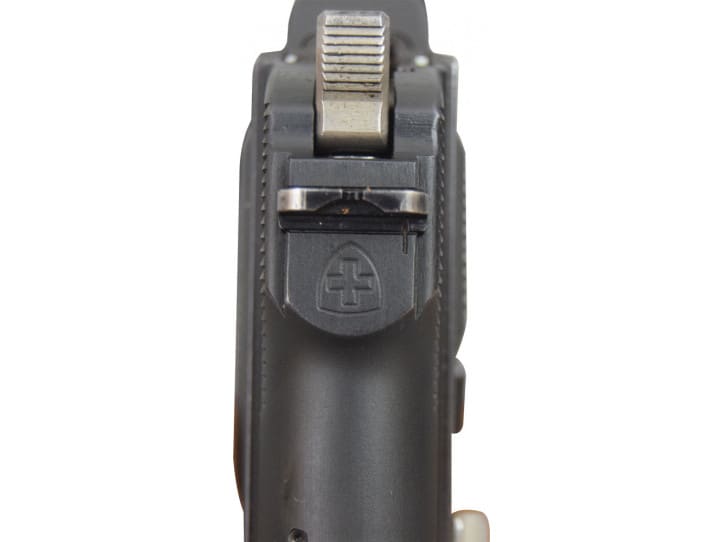 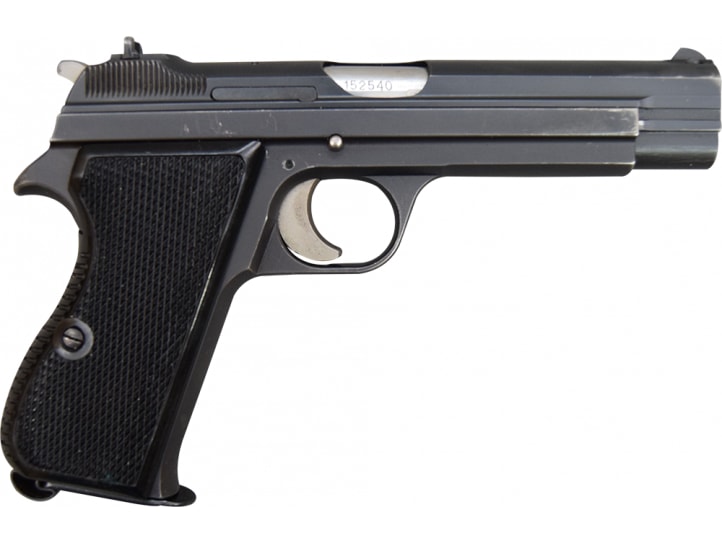 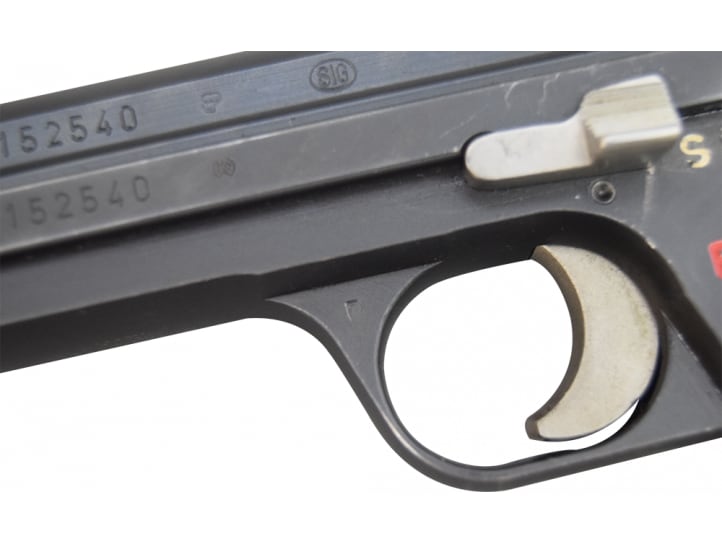 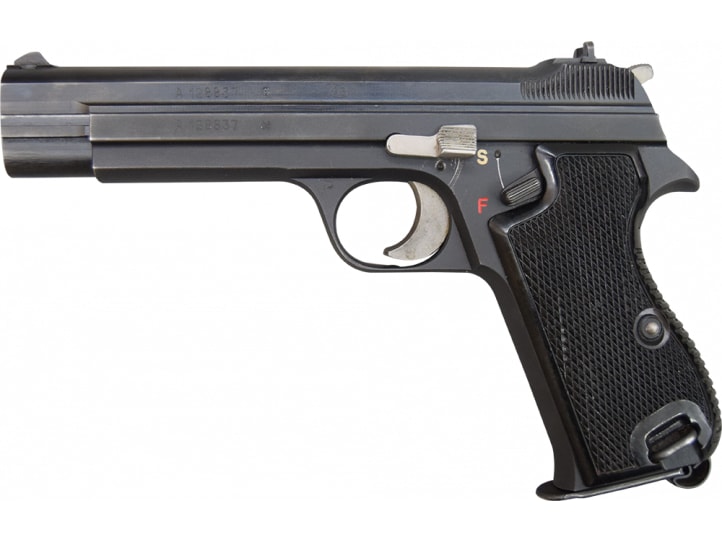 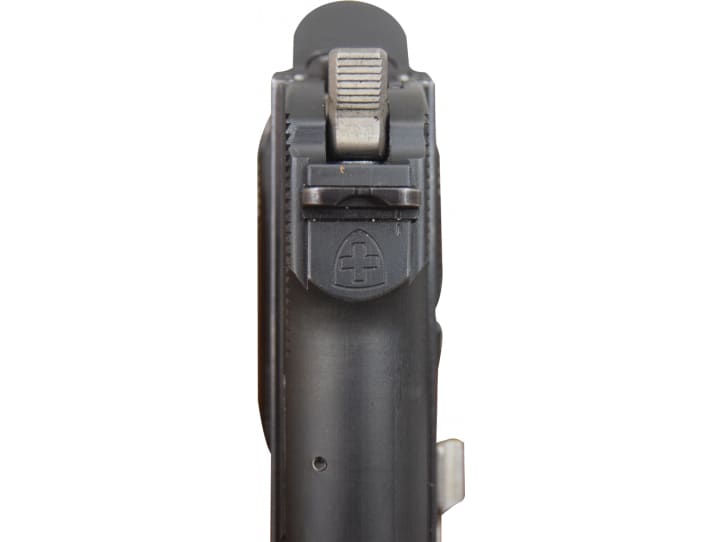 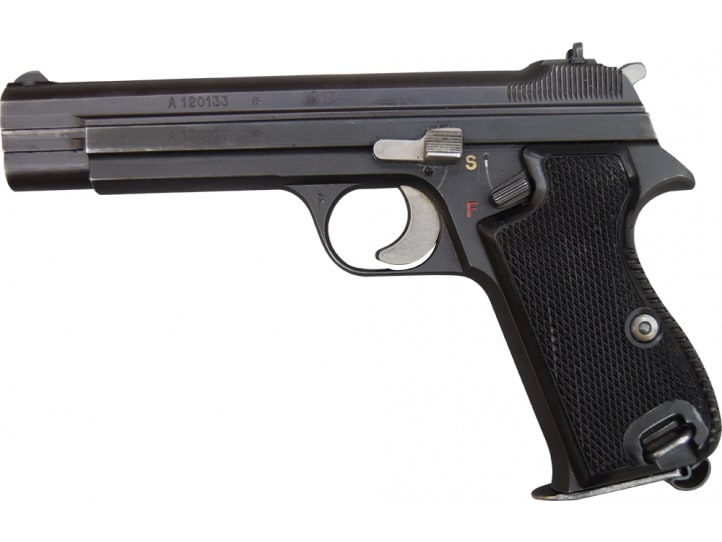 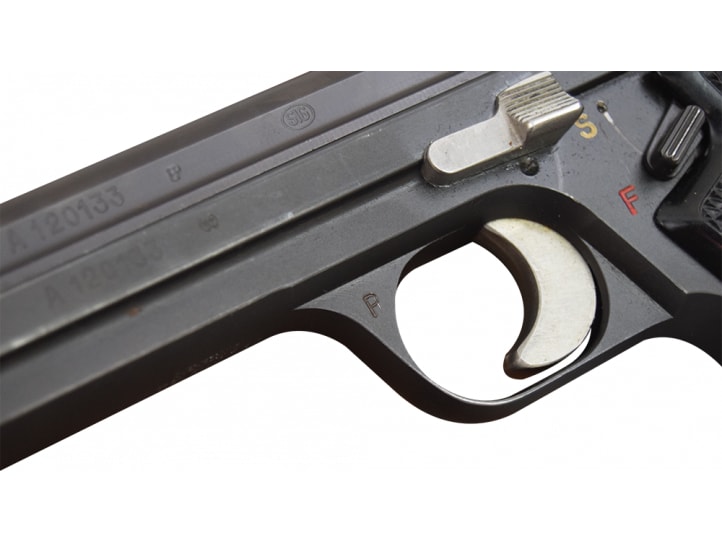 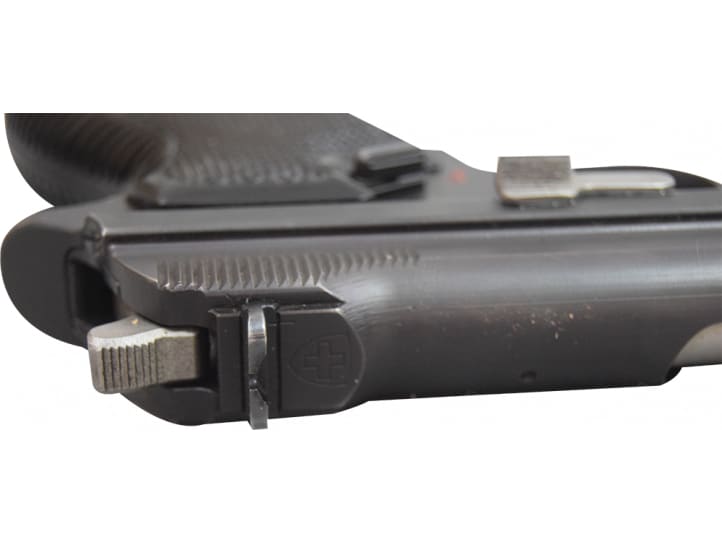 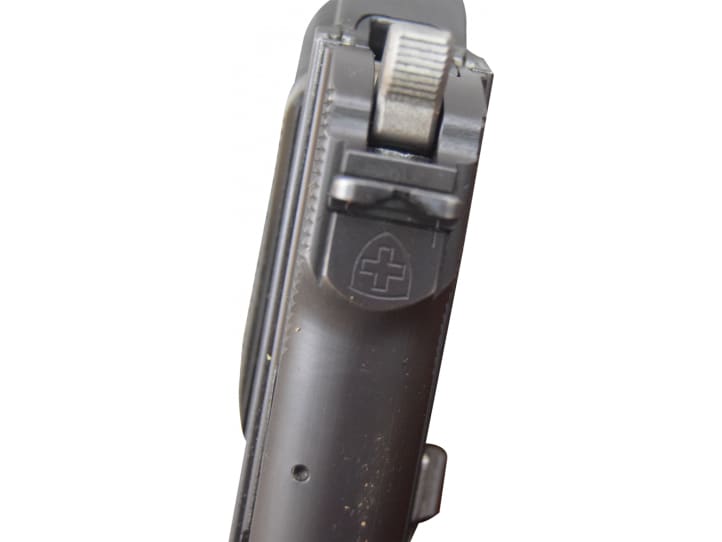 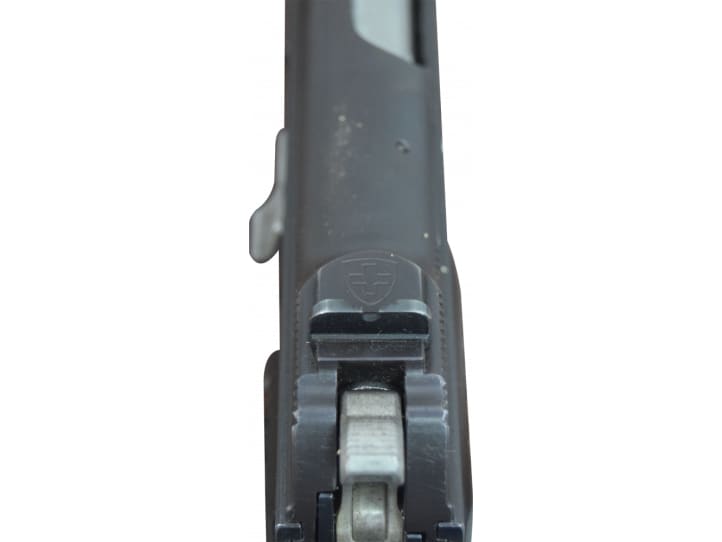 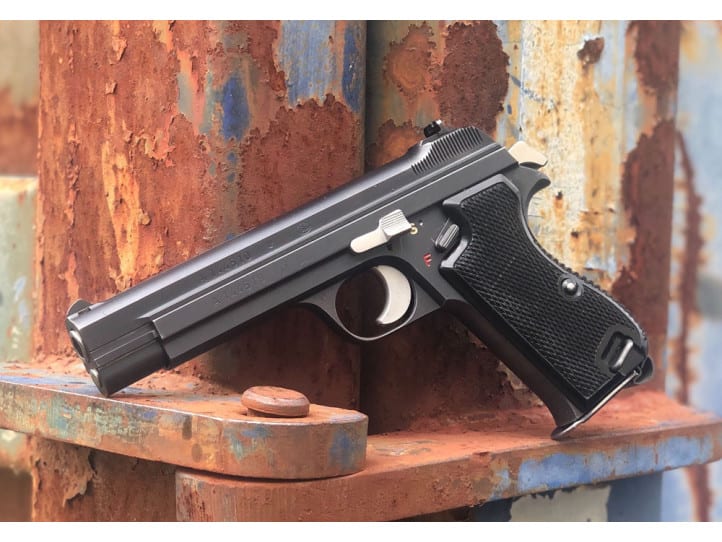 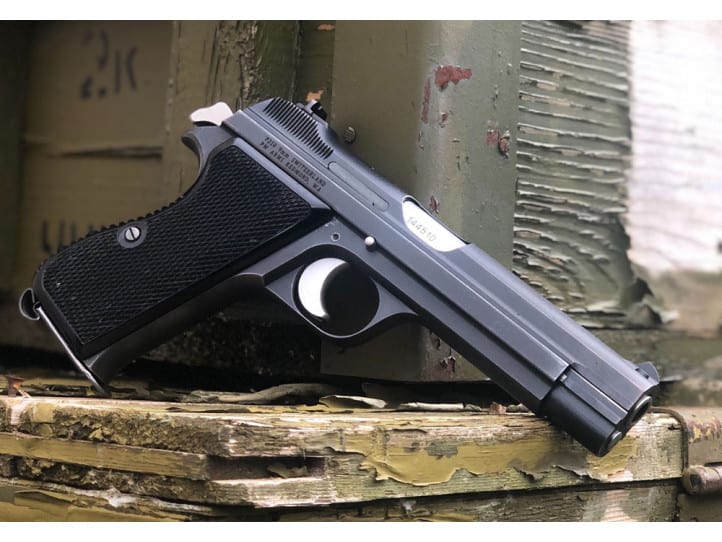 The SIG P210 (Swiss Army designation Pistole 49 or M49) is a locked-breech self-loading, semi-automatic pistol designed and manufactured in Neuhausen am Rheinfall (Canton of Schaffhausen, Switzerland) by SIG. The former SIG P210 model, now the SIG Sauer P210, is of all-steel construction and chambered in either 9x19mm Parabellum or 7.65mm Parabellum. These are the 9mm variations. The pistols were used from 1949 to 1975 by the Swiss army and police units in Switzerland. It was also adopted and is still in service with Denmark's military (as M/49 Neuhausen or simply Neuhausen), the German Bundespolizei since1951, and in shooting sports. The SIG 210, aka the P49, is a magnificent pistol, but too expensive to produce for a modern military sidearm. In the 1960s, the Swiss military began looking for a new service sidearm that would be a bit less costly. In response, SIG developed the P220, which would ultimately be adopted as the P75. This is the SIG-210-2 variation, which was the most common Swiss army version chambered in 9 mm Luger, with plastic grips, fixed sights, and bead blasted high polished blue finish. Excellent Surplus Condition.

One of the most historically collectible, highest quality, most accurate pistols ever developed. Some have called this the finest military pistol ever produced. What a find.

The SIG P210 is a single-action pistol, with a magazine capacity of eight rounds of 9mm. It is a licensed development from French-Swiss designer Charles Gabriel Petter's Model 1935 pistol. The trigger is blocked due not only by the frame-mounted manual safety but also because of a magazine disconnector safety that blocks the trigger when the magazine is removed. It has a 120 mm high-quality barrel (150mm in the 210-5 variant), and the pistol is very durable and reliable. The slide and frame are machined from blocks of steel, which makes production rather costly compared to more recent pistol designs manufactured of pressings and welds.

Its hammer action is built into a removable assembly for easy maintenance, after the fashion of the Tokarev TT-30 pistol. The P201's slide rides inside the frame rails, rather than outside, as seen in the traditional Browning pattern. The location of the slide rides feature mimics the frame-to-receiver interface of its predecessor in Swiss military service, the Luger pistol, allowing for a very tight fit between the slide, barrel, and frame without compromising reliability. This construction feature contributes to the unusually high accuracy for which the SIG P210 is known. These pistols initially shipped from the Swiss factory with a 50-meter (54.7 yds) test target typically showing a group of five to ten shots in a cluster under 5 cm (2 in) in diameter.

These particular pistols are the Sig-210-2 variation, the most common Swiss army version chambered in 9 mm Luger, with plastic grips, fixed sights, and a bead blasted high luster blued finish.

The SIG 210, aka the M49 or sometimes referred to as the P49, was a magnificent pistol, but too expensive to produce for a modern military sidearm. In the 1960s, the Swiss military began looking for a new service sidearm that would be a bit less costly, and SIG developed the 220 in response, which would ultimately be adopted as the P75.