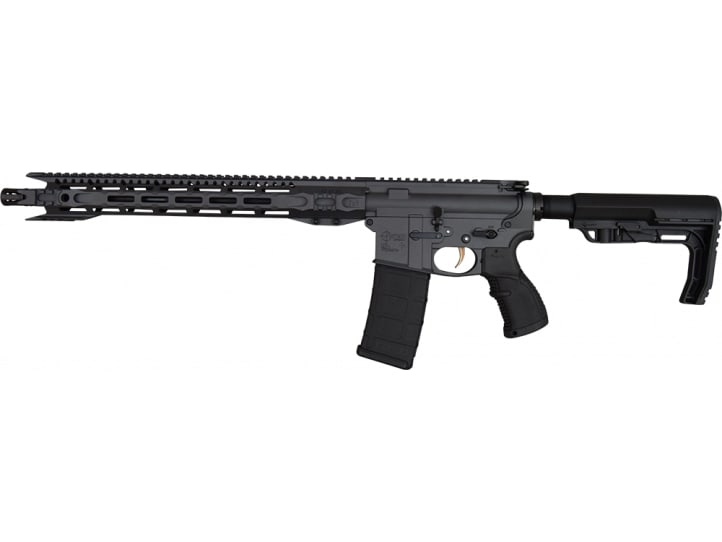 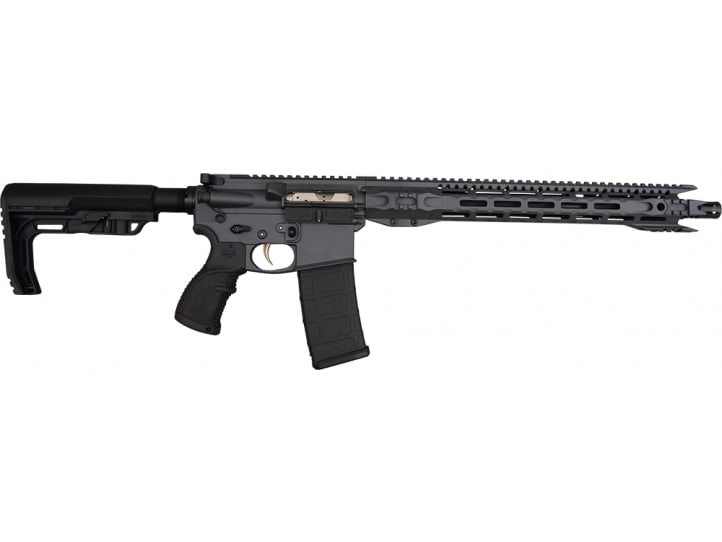 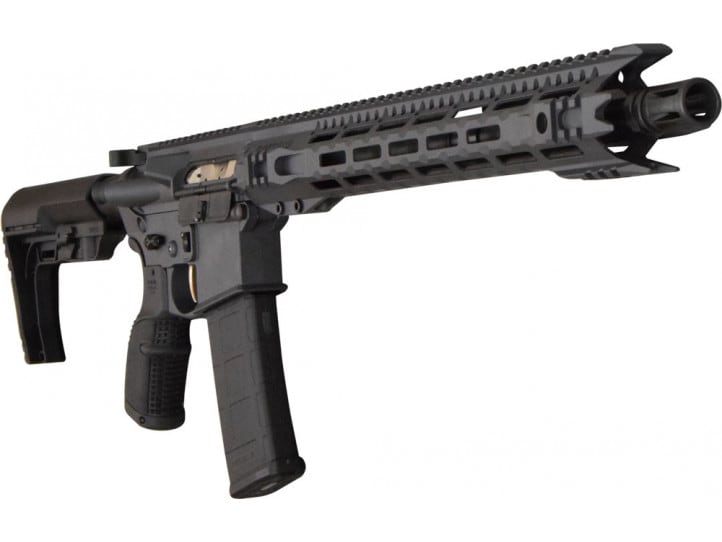 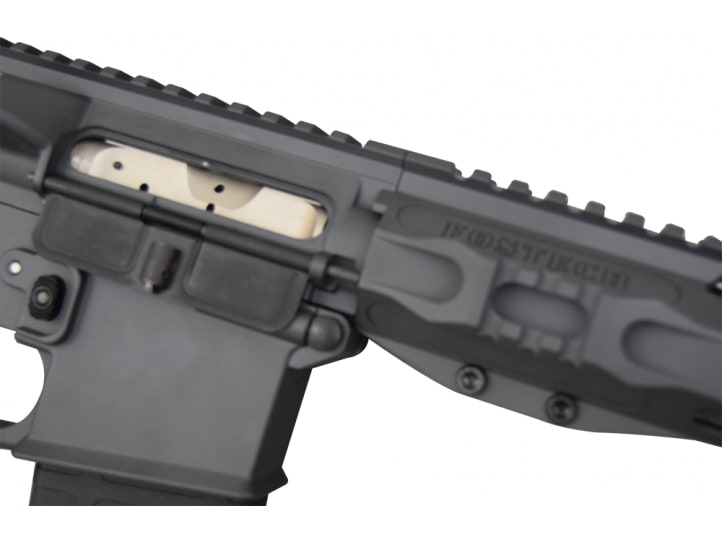 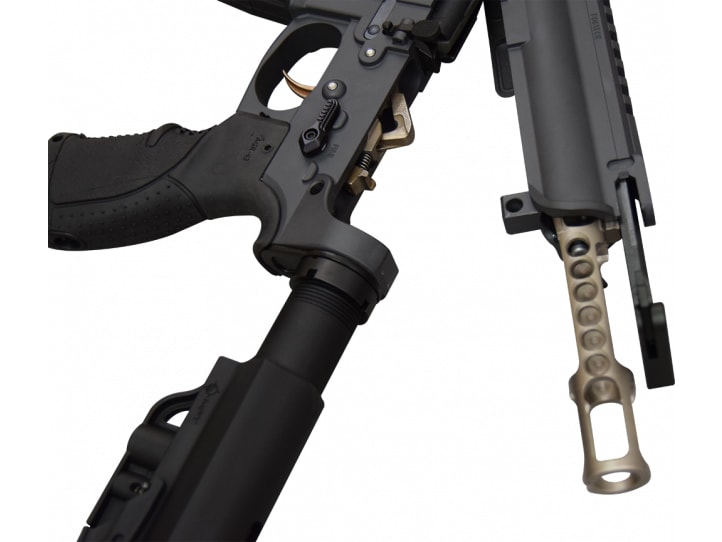 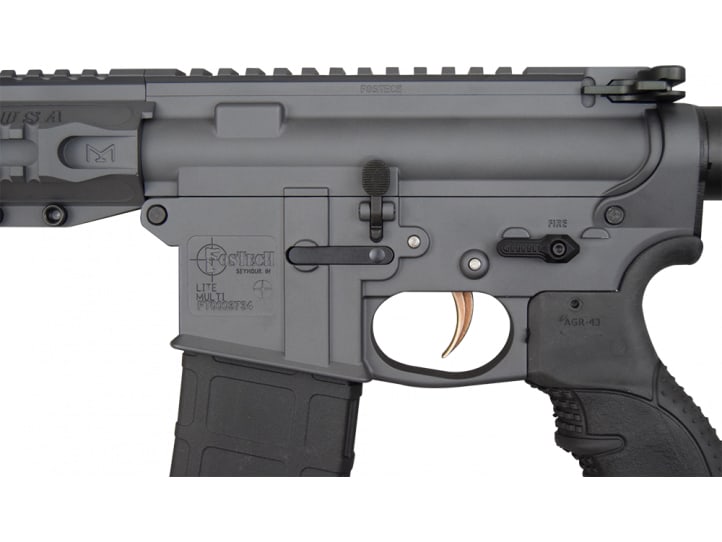 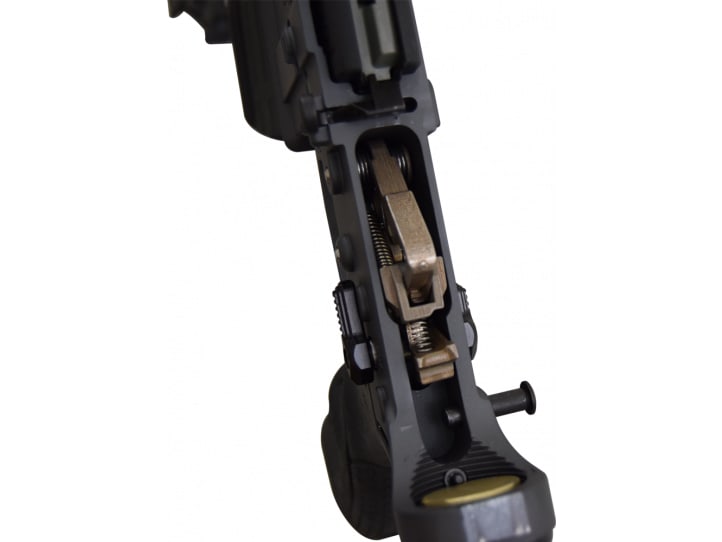 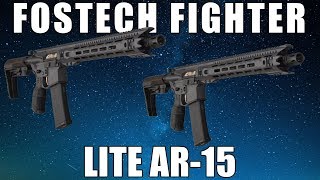 Introducing the new Fostech Fighter Lite 5.56 AR15 Rifle with Echo Trigger
This rifle is one of the lightest and most high quality AR-15 rifles available anywhere in the market place. Coming in at only 5.4 Pounds it is built to carry all day and still tough as nails. The slim profile barrel, skeletonized ultra light weight nickle boron bolt carrier group, and newly designed Mach-1 lightweight rail allow the rifle to keep an ultra trim profile while also making it a workhorse capable of long days on the range. These rifles are designed to hold up under even the heaviest of combat conditions while still being a literal work of art. Finished in a beautiful Sniper Grey, and completed with ergonomic pistol grip, MFT stock, and muzzle brake.
Ships with one 30 round magazine in hard case, Best of all it comes with the world famous Echo Trigger pre-installed at the factory

What a find and at a spectacular price! The Fostech Fighter Lite 5.56 AR15 Rifle with Echo Trigger is built on the foundation of FosTech's extremely lightweight magnesium alloy upper and lower receiver. The rifle is finished in an attractive Sniper Grey Cerakote finish, and features the newly designed FosTech Mach-1 M-Lok rail! Other features include a 16" Slim Profile Socom Barrel, a skeletonized ultra lightweight nickel boron bolt carrier group and tons of other unique and proprietary features, The rifle also features an MFT Minimalist Stock, and of course the piece de resistance, a factory pre-installed FosTech Echo Trigger.
The Echo Trigger is a groundbreaking drop in design that is 100% ATF, approved. This unique trigger allows the shooter to select from 3 different settings.

The value in this rifle is one of the best bangs for the buck I have ever seen. The Echo Trigger comes pre-installed and has been tested at the factory. The MSRP on the Trigger itself is $479.99. When you add that to the other fine features of the rifle such as Fostech's Rail and super light weight  Nickle Bornon BCG ; not to mention all the other high quality components that make up this rifle, it is easy to see the value. Each rifle comes with the manufacturer's one year warranty, and ships in a Hard Case with a User Manual and one 30 round magazine.

This is one of those rare items that represents itself far better in person than I could ever represent it in an ad. I have seen these at trade shows for some time now and the table is always surrounded by dealers marveling at the rifle. Unfortunately the production quantity on these is very small ( i.e. they don't make many of them ) and it has taken us forever to get a small lot of these in stock but right now we do have some.

On a side note, be sure to see the video accompanying this ad. These rifles arrived to us for the first time on a Thursday which proceeded a local Charlotte gun show the upcoming weekend.  On Saturday our warehouse manager Clint literally carried his beloved personal AR-15 to the gun show to try to sell it so he could in turn buy one of these. The remainder of our warehouse folks feel the same way and we are a pretty jaded bunch. This is simply one heck of a rifle.