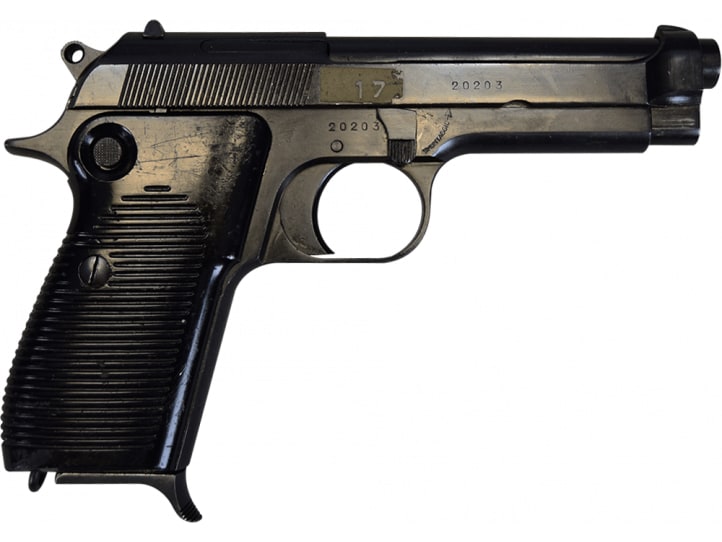 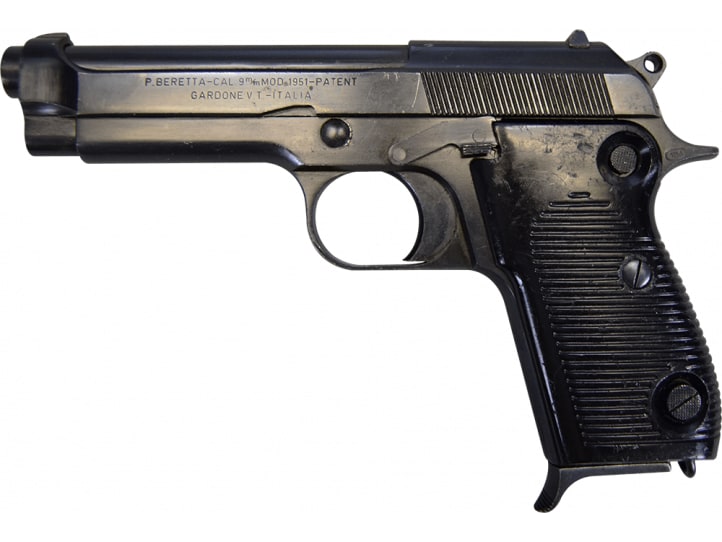 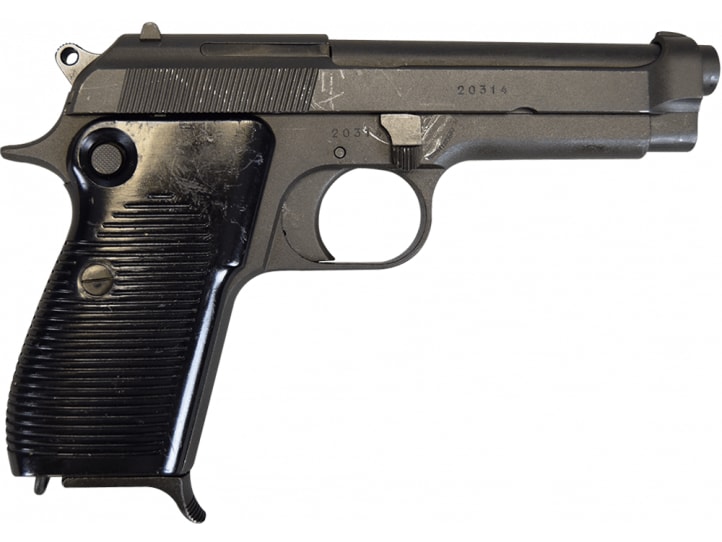 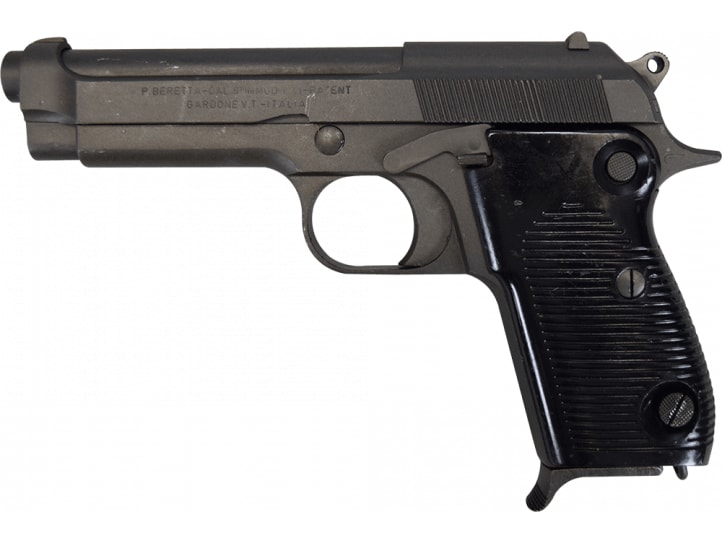 The Beretta M1951 is a 9x19mm ( 9 mm Parabellum / Luger ) semi-automatic pistol, developed during the late 1940s and early 1950s by Pietro Beretta S.p.A. of Italy. The pistol was produced strictly for military use and was introduced into service with the Italian Armed Forces and security forces as the Modello 1951 (M1951), replacing the Modello 1934 pistol. All come complete with a 1-8 round magazine. May not come with original Beretta OEM Mag but each will have a magazine and the vast majority will be OEM.

Note - We are playing it very safe by calling these NRA Surplus Good as all will live up to that grading but many will far exceed a grading of Surplus Good. This is a nice lot of guns.

The M1951 is a short recoil-operated, locked breech pistol with a vertically falling locking piece and an open top slide.The pistol has a hammer striking mechanism with an exposed hammer, and a single-action trigger with a disconnector which enables semi-automatic fire only. A cross-bolt safety mounted on the weapon's frame provides safe operation with a cartridge introduced into the chamber. In the “weapon safe” position the slide catch is disabled. The M1951 is fed from an 8-round detachable box magazine. A hold open device will keep the slide locked open after discharging the last cartridge from the magazine. The slide can then be released by depressing the slide release lever located on the left side of the frame. The pistol uses fixed iron sights, consisting of a forward blade and rear notch. The M1951 pistol is chambered for the 9× 9mm Parabellum cartridge.The pistol's barrel has a rifled bore with 6 right-hand grooves and a 1 in 254 mm (1:10 in) twist rate.

The Beretta M1951 was adopted by the Italian Navy, the Carabinieri and the Italian National Traffic Police, until it was replaced in all services with the Beretta 92 in 1977. Other military forces to have adopted the M1951 include Egypt (produced domestically by Maadi as the "Helwan"), Israel, Iraq (license-built as the "Tariq"), Nigeria, Libya and Tunisia.

This particular surplus lot of Beretta M1951 9mm pistols came from the Italian Navy. They are original Italian Beretta manufacture pistols that have seen service with the Naval branch of the Italian military. The majority of these pistols will range from Good to Very Good Surplus Condition

By and large this group of pistols shows very little wear from actual firing of the pistols and they are quite functional and should make good shooters. However, they are surplus and do vary cosmetically in terms of condition. As such you should expect bluing wear, as well as nicks and scratches on the finish and particularly on the grips.  Overall however, especially considering their age and heritage as military carry guns, they are pretty nice. Mechanically they are very sound and while we never make guarantees for bore condition on surplus upon examination there appears to be little internal or barrel wear on most.  Some of the feed ramps actually appear as if a round has never been chambered even though the pistol itself will show holster wear and storage marks. Needless to say they are quite interesting.

The Beretta M1951 is somewhat of a rare find in the U.S. and therefore is considered highly collectible. It is historically significant in that is was Beretta’s first locked breech designed pistol and the predecessor to the famous Beretta 92 / M9.

Although the Beretta M1951 was produced from 1953 to 1980, we have no way of verifying the manufacturer date range on these and as such none can be sold directly to C & R. FFL Required.

Please see our images and our video for an actual look at the guns we are selling. We are calling these NRA Good Overall out of an abundance of caution but as you can see in the video many are really nice and certainly exceed the NRA surpus good grading.