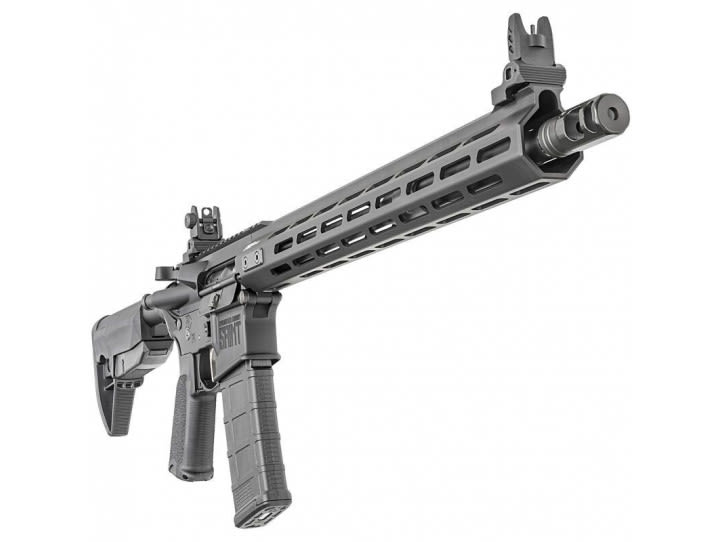 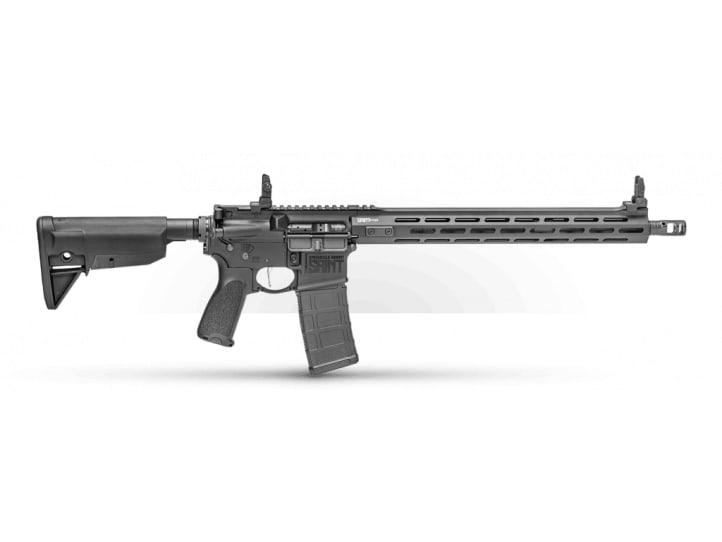 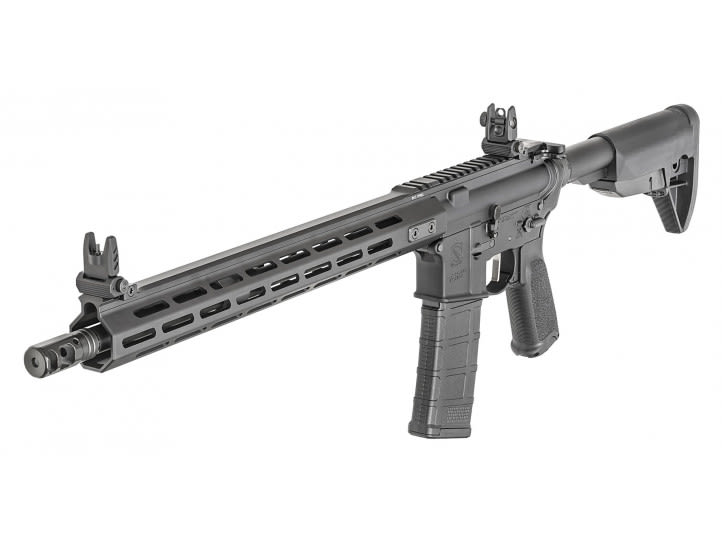 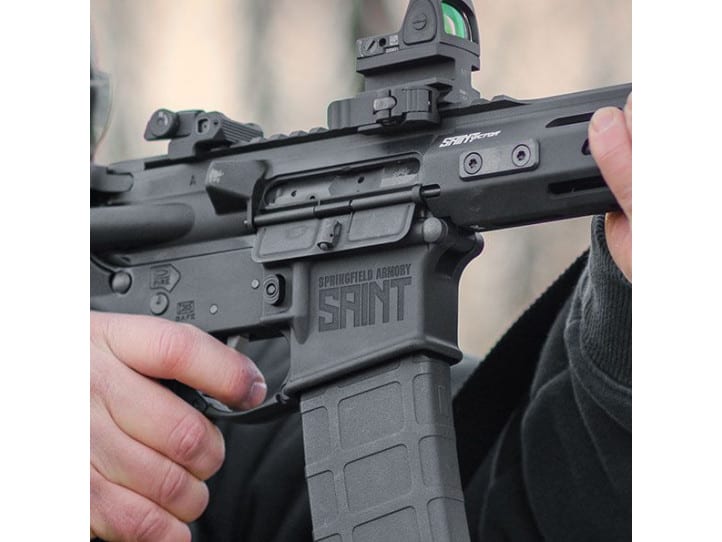 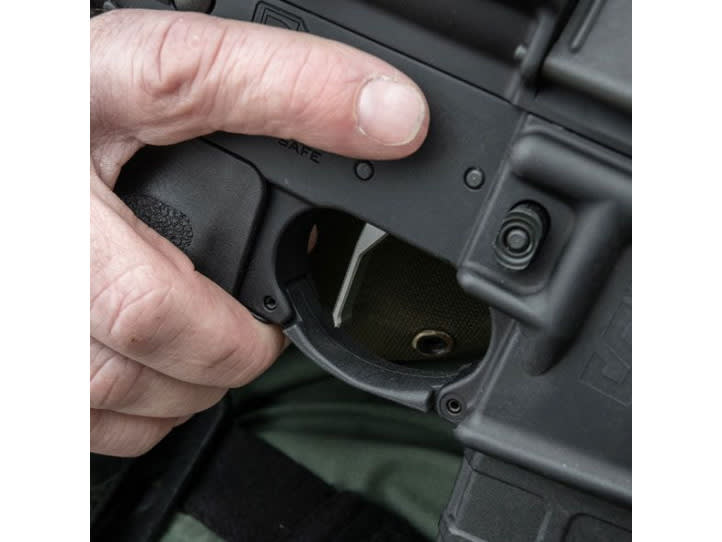 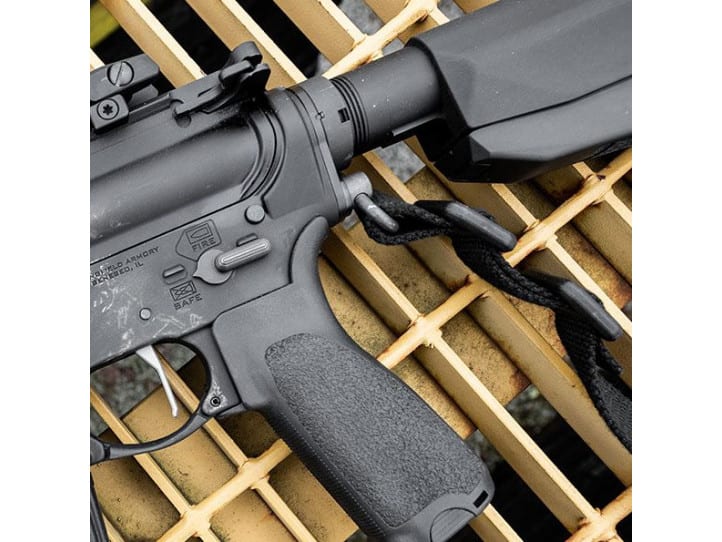 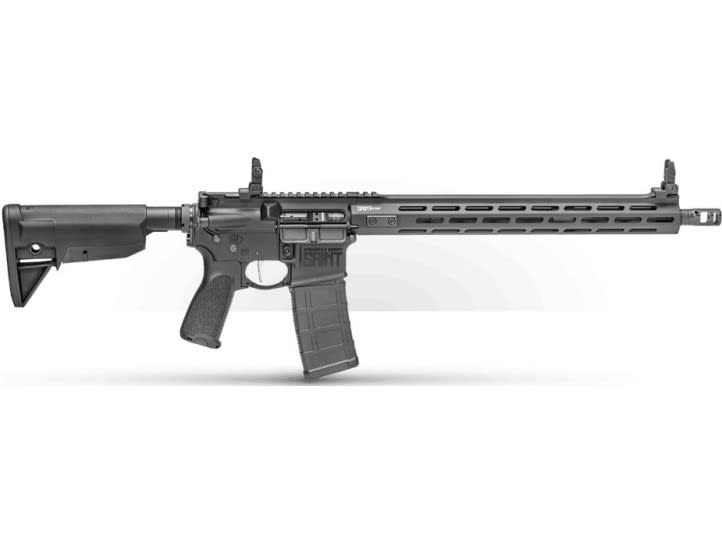 Springfield STV916556B: Springfield's Saint Victor is the ideal refinement of the time-tested AR-15 design and represents everything that a defensive carbine should be. It features extra-tough, forged aircraft-grade 7075 T6 aluminum upper and lower receivers joined using the Accu-Tite system and Type III hard coat anodized finish. It utilizes a free-float M-Lok handguard, mid-length direct impingement gas system paired with a heavy tungsten buffer, the Saint also has an M16 bolt carrier group machined from Carpenter 158 steel, shot-peened, and magnetic particle inspected. The 16" Chrome Moly Vanadium barrel is treated with Melonite and has a 1:8" twist rate for complete ammunition flexibility. The optic-ready out of the box, the flat-top receiver is topped with Springfield Armory's low profile flip-up dual aperture sights with 1/2 MOA windage adjustment capability. The Bravo Mod 2 6-position buttstock is rattle-free with positive cheek weld areas, a rubber butt plate, and one fixed and two QD sling attachment points.

The Springfield Armory Saint Victor line of rifles come ready to rock right out of the box for professional or duty use with some of the best features offered on a factory rifle. To start, these rifles are constructed on forged aircraft-grade aluminum 7075-T6 matched receivers that are rock-solid and built to last a lifetime. A great feature of these receivers is the Accu-Tite system, which allows the user to take out the play in the upper and lower receiver resulting in a tighter fit and inherently better accuracy from the rifle.

Next, the 16" 1:8 twist Chrome-moly Vanadium barrel is added, and the rifle starts to take shape. This barrel is easily capable of producing sub MOA groups with good ammo and will easily sustain high rounds counts throughout its life. An SA muzzle device tops the barrel that mitigates recoil and muzzle climb. Covering the barrel is a 15" M-LOK handguard that is ready to accept any tactical accessories of your choosing. This rail system forms an Uninterrupted mounting surface for optics mounting, and flip-up iron sights are included.

The next addition to the rifle is a Carpenter 158 steel, shot-peened, and magnetic particle inspected bolt carrier group and a single-stage flat trigger. This trigger breaks "like a glass rod" at 3.5lbs and has virtually no creep, great for getting those fast split times when shooting. If that was not enough, the rifle is outfitted with Bravo Company furniture, really adding value and functionality. Overall, this Saint Victor rifle is ready for anything you can throw at it.

"Never a Victim. Always the Victor."